Canon's 'Tips of Our Fingers'

Go behind the scenes of dramatic short by Dentsu and Humble 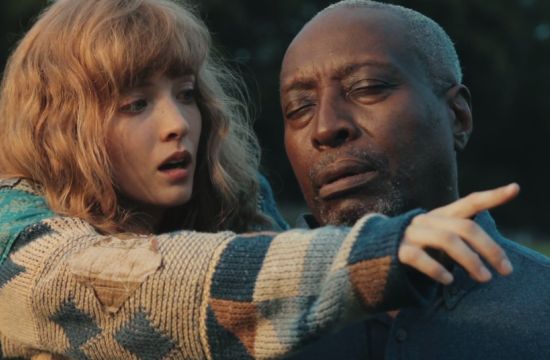 humble, the New York based production and post-production company, has produced and edited a short film for Canon U.S.A., Inc., with their agency Dentsu. Titled “Tips of Our Fingers,” the piece tells a heart-wrenching, dramatic narrative story, while deftly and subtly demonstrating Canon’s cutting edge imaging technology.

Tips of Our Fingers from HUMBLE TV on Vimeo.

“Tips of Our Fingers” brings to life the fantastical tale of a troubled, yet gifted young woman named Lia after she breaks free from the institution she is forced to call home.  The film falls squarely within the road movie genre, following the journey of Lia and the hospital orderly Bruce who is sent out to collect her.  Lia’s unique sensory condition—which allows her to hear everything she sees—offers her only hope for freedom if she can convince Bruce to see the world through her eyes and ears.

Co-directed by humble’s Sam Stephens and Charles Whitcher and edited by Eric Wais, the film was shot in its entirety on the new Canon EOS 70D digital SLR camera on location in and around Pittsburgh.

Tips of Our Fingers - Behind the Scenes from HUMBLE TV on Vimeo.

Stephens says the idea for “Tips of Our Fingers” originated with memories of childhood road trips.  “I’d lie down in the backseat of our silver Volvo and pretend to play guitar on the passing telephone lines,” he recalls.  The concept of scenery serving as a musical instrument inspired a key part of the short’s narrative.

This storyline provided the filmmakers with numerous opportunities to put the EOS  70D camera with its new Dual Pixel CMOS AF technology through its paces.  “We just took Sam’s idea and evolved it to meet the demands of this project,” adds Whitcher.  “It was serendipitous; his concept perfectly fit with the need to demonstrate the camera’s auto focus elements.  It really provided a perfect avenue for us to explore this technology.”

Canon’s newly-developed Dual Pixel CMOS AF technology employs a revolutionary 20.2 megapixel CMOS sensor that powers incredibly smooth and consistent autofocus, so transitions are natural and subjects remain locked in focus even as they move.  It also enables highly accurate and fast autofocus through an LCD monitor, allowing the user to realize the unique compositional freedom of angle that Live View shooting is capable of providing.

Stephens describes how this feature was used for the film: “In ‘Tips of Our Fingers,’ we often see the world through the eyes of our lead character. As she points to different objects in frame, they emit a musical tone.  We use selective focus to pinpoint these objects.”

In a pivotal scene, Lia bursts out of the car and races into a meadow with Bruce in pursuit.  She makes him kneel, pointing out objects in the distance such as a haystack, a silo, and a tractor.  We see these objects initially from Lia’s point of view; in the process, the image on screen cinematically racks focus from her fingertips to the object in the distance.

To achieve this effect, the actress wore a special modified SnorriCam chest rig that allowed her to move, point, and pull her own focus. “In a sense, it made the changing of focus part of her performance, which was surprisingly easy for someone who is used to being in front of the camera” Stephens says.

The Dual Pixel CMOS AF technology wasn’t the only feature that played a critical role in the production of the short; the EOS 70D camera’s responsiveness to low light levels and lensing versatility, including the new STM lenses, made it possible for the directors to capture the image quality they were after.

“Our task here was to make this film in true independent spirit,” says Whitcher. The humble team approached the project using the kind of gear and technology that would be accessible to indie, student or entry-level filmmakers. “No Technocranes, no helicopters,” Whitcher joked.  “It was refreshing. It forced us to dig deep and reconnect with our roots as filmmakers to pull this off without all the extra bells and whistles we often rely on.”

“More than a tech demonstration and a personal narrative project, this film was a proof of concept,” Stephens adds.  “For a young filmmaker or an experienced photographer taking their first steps into the world of filmmaking, or a 21st century journalist reporting, shooting and editing video, this is an amazing camera.”

“Canon has been enabling filmmakers to create their own content inspired by technology for years,” Stephens continues.  “It’s a smart strategy: empower and support Canon users to advertise the products through their creative vision.  As a longtime member of the Canon-user community, it’s something we all respect about the company.  We were honored at humble to be chosen to be involved with this project.”