Cannes or Cannes’t? A Mix of Cautious Optimism and Scepticism as Industry Responds to Lions Announcement

While some take heart from the missive that Cannes Lions feels Covid-19 will be under control by June, others think it’s out of touch 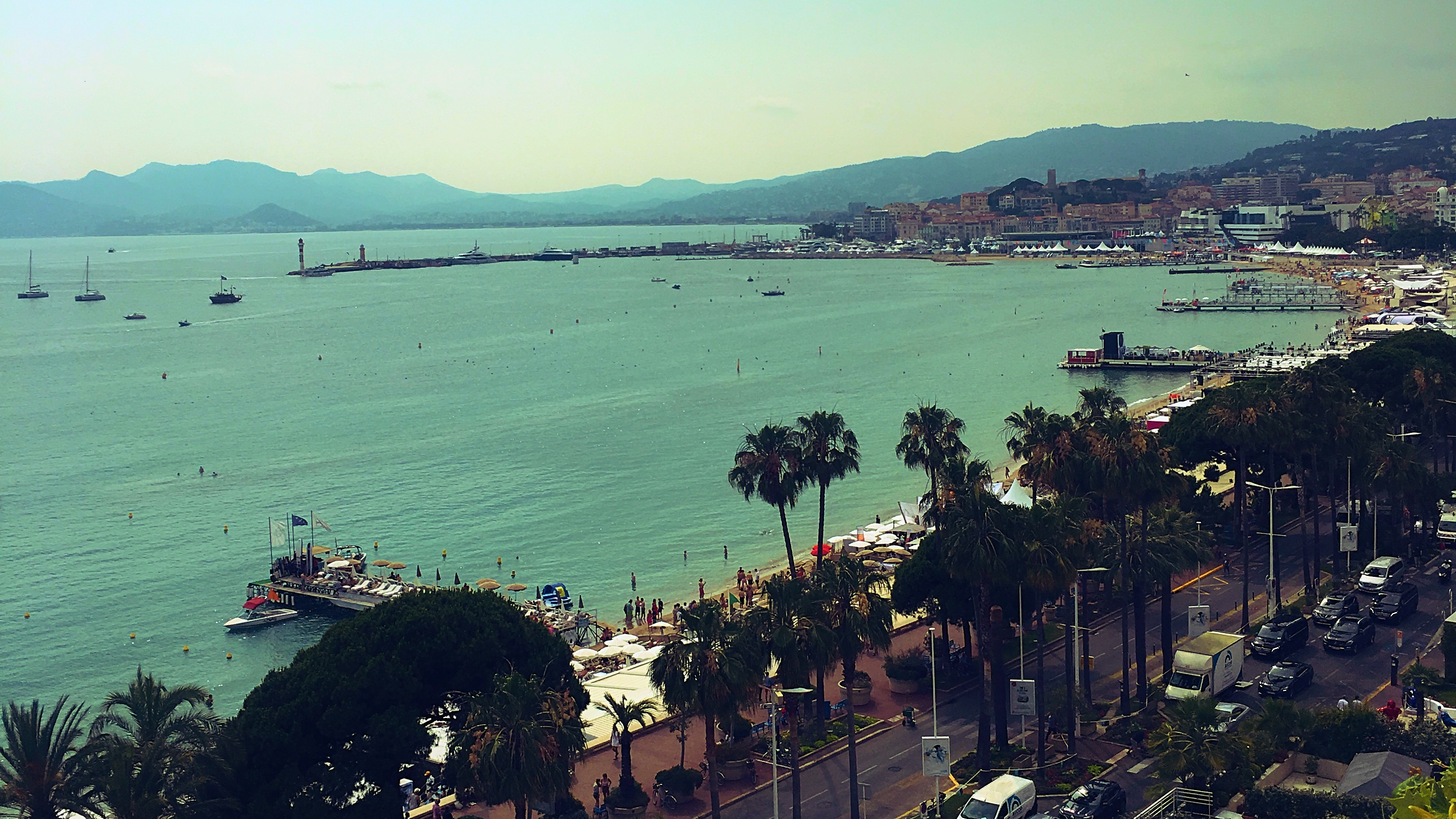 Last week, the Ascential-owned advertising and media mega-festival Cannes Lions confirmed plans to hold their event in the South of France in June. In any normal year, Cannes is the sort of event that always stir up mixed emotions – the excitement of meeting up with far-flung friends and exploring the best creative work the industry has to offer collides against the twitchy stress of, well, everything else – and the industry’s response to the news that organisers plan to go ahead after last year’s coronavirus cancellation is similarly mixed.
In 2020, with the whole world in some state of lockdown, organisers had little choice but to cancel. At this point in 2021, it’s hard to tell exactly what the world will look like in six months’ time. Vaccines have started to roll out, but levels of virus are high in many countries, driven by new, more infectious strains. Plus there’s a question of whether a jaunt to the South of France is going to be high up in anyone’s priorities. Equally, though, it may be that a big celebration is just what everyone needs.
To check the temperature out there, we canvassed agencies and production companies to get a sense of the industry’s mood. Cannes do spirit or Cannes’t be bothered?

I’m not sure what to say about it really… personally I feel very torn… On the one hand, I like the positivity, and there’s nothing wrong with having something to look forward to. On the other hand, no matter how many people have been vaccinated, I think it’s clear we still won’t be completely back to ‘normal’ by then, so the idea that come the summer we’ll all be relaxing on the Croisette is one I struggle to believe. I guess a lot would come down to HOW they approach it and manage it, because I’m sure we’ll still, at the very least, need to be careful about social distancing and large groups.

Are they deaf to the world crisis? There have been global cries of WTF from everyone WFH on every Zoom call since they announced. We’re not going to be safe to travel in June.  France hasn’t even got enough vaccinations to cover their own population. I’m not going to risk spreading Covid-19 or getting Covid-19 for a trip to Cannes. Stinks of greed and desperation but is anyone really surprised?

As an Australian creative who has been unable to travel overseas for close to a year, I admire the festival organisers' enthusiasm in wanting to let the festival proceed in its usual format; that said, with the current situation throughout Europe I highly doubt the event will take place in its proposed form.
Over the last few months, our industry has had to innovate and adapt in order to continue to deliver world class creativity. With this in mind, I am highly confident that this iconic festival will go ahead in some capacity - I will definitely be attending along with the 80,000 others from around the world, if it's remote.

Announcing the return of the in-person Lions is like announcing the reopening of nightclubs, bars, stadiums – it means the return of celebrating together. So, we’d obviously take that news with a lot of joy. The Lions are synonymous with frivolity but this frivolity is super important – going on stage to get a Lion is an unforgettable memory, even more so when the Palais des Festivals is full of the best in the advertising world. And it’s even better celebrating on the Croisette with everyone who worked so hard with you on a project for a year. We have a huge appetite for futility and carefreeness because we’ve been deprived of it for so many months. But this futility can’t be done on a whim, and it mustn’t put lives in danger. The carelessness of our profession shouldn’t let us lose sight of the harsh conditions facing healthcare workers in hospitals and retirement homes.
Really, what would make us happiest if Cannes announced an in-person return, is that would mean the global situation had greatly improved. And that’s much more important than any festival.

The Cannes Lions' website states that “The plan is to judge and present the work in person in Cannes, France, during the Cannes Lions International Festival of Creativity, which is now open for delegate registrations.”
To me, this - and their announcement last week that the festival is open for business - seems nothing more than a blatant sales pitch to get the awards entries up and to try to sell a few upwards of 4000 EURO delegate tickets.
A decision most probably not coming from the organising team at Cannes Lions, but rather as a directive from Ascential, the company who owns Cannes Lions.
“We exist to help our customers win in the digital economy” Ascential state. But winning an online festival is not half as much fun as winning in the sun.
Under the guise of ‘celebrating creativity’ thousands of mostly men escape reality for a few days in the Cote d’Azur, to drown themselves in rosé at pool parties, beaches and on boats. Nothing wrong with that. But now more than ever it does beg the question: what is the real purpose of Cannes Lions?

Really? If I was working for an agency who was prioritising Cannes after last year, I would seriously consider what working in this industry is all about. Yes, it’s an opportunity for us to celebrate incredible work, but surely this isn’t a year to blow one's own horn and give in to self-indulgence.
We may be thriving more as an industry in Lockdown 3.0 vs the first, but we are certainly not mentally. With furloughs, pay cuts, redundancies, mergers and closures happening all around us in 2020, we can’t forget the impact that has had on the people vs the name on the door. And that’s what this industry is all about, the people.
Without the brilliant minds at all levels, all departments, we wouldn’t have these awards. So, as the industry continues to thrive, we need to rebuild what was lost. All of the incredible talent, some who probably have their own Lions under their belts. I want to see the amount of desperate emails and LinkedIn messages from grads decrease as opportunities open. Think how many people we could help with the glamour from Cannes

I was glad to read Cannes Lions’ announcement last week. Contrary to most award events in 2020, which held online versions of their competition, Cannes fully cancelled their festival.
One of the greatest value propositions of award events is the opportunity to network, to exchange ideas with the brightest minds we otherwise would never have met. Contrary to other equally prestigious award shows, creatives make an effort to attend Cannes Lions every year - it became a sort of a tradition, especially for the creative industry. Without this component, Cannes wouldn't make much sense.
This year, we can be more optimistic. Vaccination has started in many countries and hopefully, we will soon be able to slowly return to normality. Major global events, such as the Olympic Games are planned to happen this summer.
Without hosting in 2020, Cannes had the opportunity to rethink an event that could allow networking and remain safe to the community. Plus, this is a sign of hope and optimism, keeping us motivated in such dark times. See you all in France this June, I hope.

For one week in June I have one of the best dealmaking, press-worthy, and global networking periods of my year. In 2019, I came out of Cannes Lions with a first-to-market Google opportunity secured, headlines around my latest global partnership with Live Nation, and set up Hyundai’s relationship with Spotify which just launched the new Elantra in the US. I also met friends Sam, Rory, Uri, and Jennifer who remain confidantes and fruitful colleagues today.
I missed Cannes IRL last year. Like SXSW, and most recently CES – we’re just not able to engage in the curiosity, randomness, and savoir faire that make all of these events worth it. Though Lions is more executive roundtable then experimental technology - as I sit at that intersection it’s immensely valuable. I am ready to get back to the Croisette.
However, June feels rushed and more reliant on bottom lines than real lives. Travelling for business is a careful line in a pandemic that we are all very much still in. Having the most prestigious event of our industry go first out the gate IRL is scary to me. I worry about the team members that aren’t ready to travel yet, the event organisers that will be forced into vulnerable work environments to make it happen. We see it on sets already, protocols like dry January pledges, fleeting at best. Lions Live in October reached an audience of 700,000 – wouldn’t be the worst idea to do a round two.

As Frenchmen, we couldn’t be happier to see Cannes Lions moving forward with a physical event, safely of course. It represents a source of optimism for our industry – bringing back a bit of excitement in June – but also for the local businesses in Cannes that have suffered a lot from all of the event cancellations. Of course, for the time being, we aren’t booking a flat or hotel. Like everyone else, we’ll wait and see if the festival happens, but be sure, if it does, we’ll be there.

We choose to stay positive, so we take this news as a good sign for our industry. Cannes Lions has always been an amazing occasion for us to meet with the whole market, to create new dynamics and productively exchange with the industry. Despite the situation, our clients and the market have shown us that there is a strong willingness to continue to be active and to come back as soon as possible to the new normal. On our side, we’re very much looking forward to seeing our partners in person again, so we’re happy to think that this essential rendezvous could take place this year, if the conditions allow it to be safely reconvened this year, of course.
view more - Awards and Events