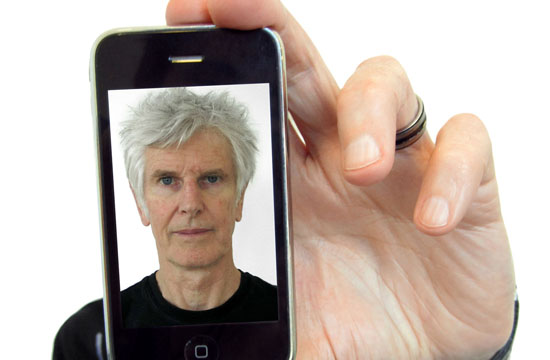 The Cannes Lions International Festival of Creativity will introduce a brand new academy at the 2012 Festival, taking place from 17-23 June in Cannes, France.

The Young Lions Creative Academy with Bob Isherwood will see him taking the helm as Dean of the Academy and will offer 35 young creatives, aged 28 or under, the un-rivalled opportunity to become part of an intensive week-long programme designed to develop rising talent and expand their personal creativity. The Academy will focus on how to encourage and develop creative thinking, how to evaluate and validate new ideas and how to innovate and make them happen.

In combination with the unique networking and learning opportunities offered by the Festival’s seven-day content programme, Academy students will work to a bespoke schedule with exclusive presentations from leading creative thinkers both in and outside of the advertising industry. Further highlights will include guided access to the jury rooms for an insight into the judging process and full access to the Young Lions Zone and the Young Lions Party.

"An agency’s long term success is dependent on the talent behind it and by investing in this talent today, agencies and their clients will reap the rewards in the future. Cannes Lions is a Festival that truly believes in nurturing and recognising talent and we are proud that we can help with this investment in the future of creative talent. It's fantastic to have someone of Bob's calibre on board; an incredibly talented and respected creative, it will be great to work with him to launch the new Creative Academy," said Steve Latham, Director of Talent & Training for Cannes Lions.

Bob Isherwood's long-standing career in the ad world most notably saw him spend 12 years at Saatchi & Saatchi as Worldwide Creative Director where he helped to reinvent the agency. It was under his leadership that the network won almost 8000 significant awards. Bob won Australia's fist ever Gold Cannes Lion for Film and has been elected into the Clio Hall of Fame in the US, and the Writers and Art Directors Hall of Fame in Australia. Alongside his agency career, he has established a programme for under privileged students called the Victor Greenhalgh Scholarship Programme and has also acted as Creative Chairman for the UN/IAA Climate Change Initiative.

Commenting on his appointment as Dean of the Academy, Bob said, "I'm really thrilled to be taking this on. It's such a unique opportunity to help young upcoming stars to further develop their creativity, as well as opening them up to some of the skill sets they will need as they continue to grow. I don’t think anything quite like this Creative Academy exists in the industry today on an annual basis. At least not the special experience we have planned in our heads anyway."

There is no additional charge to attend the Young Lions Creative Academy with Bob Isherwood other than the standard Young Creative registration fee which is €1,199. Places are available on application and anyone interested in being involved should send their CV to Steve Latham, stevelatham@canneslions.com. Further information on the Academy can be found here.