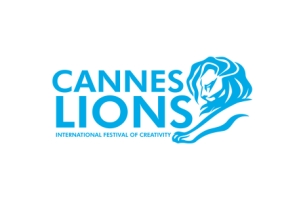 Cannes Lions has now released the 2015 edition of The Global Creativity Report. Providing definitive rankings, analysis and insights on creative communications across the world, the report incorporates the results from Cannes Lions, Lions Health and Lions Innovation in its rankings.

“With over 40,000 entries from 94 countries, Cannes Lions is a barometer of creativity globally. This report uncovers trends, and highlights where the truly outstanding work is coming from. It’s invaluable in the insight it provides and by producing The Global Creativity Report, we hope it helps to point the way for the future of the industry,” says Philip Thomas, CEO, Lions Festivals.

The 2015 report reveals the results of the Regional Network of the Year. In Asia Pacific, BBDO have ranked number one and DDB have taken first in EMEA. While in North America, Grey have come out top and Ogilvy & Mather are number one in Latin America.

In the Country Rankings, the USA have held onto first place, while the UK has taken second place, knocking Brazil down to third. Countries that slid noticeably further down the rankings include Argentina and India, while great gains were seen from Spain who increased their points haul by 26% this year.

The top four most creative cities remain unchanged from 2014 with New York, London, São Paulo and Paris retaining their respective positions. Los Angeles have dropped from 5th place to 17th, while Chicago, which failed to rank in the top 20 last year, has ranked 6th in 2015.

In the client listings, Procter & Gamble are ranked number one, followed by Samsung, Nike, Unilever and Burger King. Geico, Under Armour and Optus all feature in the top 20 for the first time.

Available digitally on the Cannes Lions Archive, anybody wishing to view the full Global Creativity Report can do so with an archive subscription. Further information can be found here.