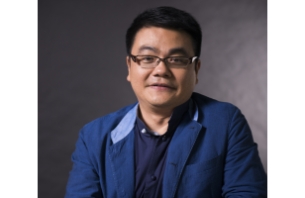 The Cannes Lions International Festival of Creativity has today held a press conference in Beijing to announce that it will honour SY Lau, Senior Executive Vice President of Tencent, President of its Online Media Group, with Media Person of the Year at the 2015 Festival.

SY Lau’s foresight has driven Tencent’s Online Media Group (OMG) to evolve from a single Internet portal into a highly integrated media matrix that has taken a preeminent position in China. “What SY has achieved is truly inspiring – contributing to the journey that builds Tencent into the largest integrated Internet service company in Asia is no mean feat,” says Terry Savage, Chairman of Lions Festivals.

“The Media Person of the Year Award exists to recognise those who have shaped the future of the creative communications industry and who stand as an influential figure in today’s media landscape. SY is the epitome of this and it’s humbling to be able to award him with this accolade.”

OMG’s prominence and influence in the industry, obtained under SY’s guidance, derives from a mix of powerful platforms, unwavering focus on quality content and innovative products. The result being a totally new industry model that has profoundly influenced the way hundreds of millions of internet users communicate with one another as well as their lifestyles.

“It is truly an honour to accept this prestigious award on behalf of Tencent Online Media Group,” said SY Lau. “Tencent prides itself in its commitment to deliver innovation and content that continually drives the user experience to new levels of excellence. This accolade is recognition for the immense effort of our teams who set themselves the goal of meeting the dynamic lifestyle demands of people all over the world.”

Tencent OMG manages and owns the country’s leading online platforms including the video streaming service Tencent Video v.qq.com, Internet access and news portal qq.com, plus the Tencent micro blogging platform and related services. All of these services are available on PC and mobile devices.

It is Tencent's mission to enhance the quality of human life through Internet services. Presently, Tencent is providing value-added Internet services, online advertising and others under the strategic goal of providing users with ‘one-stop online lifestyle services’.

“We hope that by giving this annual accolade, we can set precedents and benchmarks across the industry while also providing inspiration across the board,” concluded Terry Savage.

SY Lau will be presented with his award on Wednesday 24 June during Cannes Lions, which takes place from 21-27 June in Cannes, France.