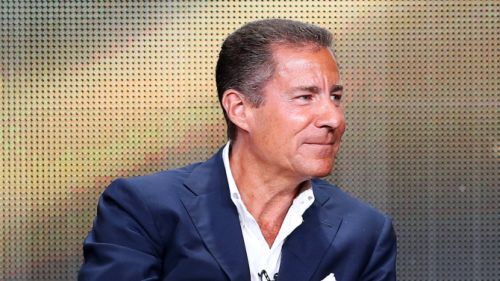 The Cannes Lions International Festival of Creativity, the world's largest and most prestigious annual awards and celebration of creative excellence in advertising and communications, will this year honour Richard Plepler, Chief Executive Officer of HBO with the Media Person of the Year 2014 Award.

Each year, the organisers of Cannes Lions present this prestigious accolade to a prominent personality who is an influential figure in the development of today’s media landscape, ultimately playing an integral part in shaping the future of the global advertising and communications industry.

Richard Plepler is responsible for the overall management of the world’s most successful pay TV service, which provides the two television networks – HBO and Cinemax – to over 114 million subscribers worldwide. Universally renowned, the HBO and Cinemax services offer the most popular subscription video-on-demand products: HBO On Demand, Cinemax On Demand, HBO GO, MAX GO, HD feeds and multiplex channels; and HBO programming is sold into over 150 countries globally.

Following mega-hits such as The Sopranos and Sex and the City, Richard Plepler is credited with reinvigorating the network in partnership with Michael Lombardo, president of HBO Programming, after green-lighting some of HBO's most acclaimed and successful series including True Blood, Boardwalk Empire, The Newsroom, Game of Thrones and True Detective, which rank among the top programmes in the network's history. Additional award-winning programmes include the miniseries Mildred Pierce and Generation Kill; and HBO Films include Too Big To Fail, Temple Grandin, Taking Chance, Grey Gardens, Game Change, You Don't Know Jack and The Normal Heart. Plepler also drove Cinemax's first foray into primetime originals with the popular action series Strike Back.

“Under Richard’s leadership, HBO has proved that reports of the death of television were extremely premature. By putting excellence in content first and last, and by creating highly acclaimed and award-winning shows, he has boosted audiences around the world whilst establishing a widespread and active international fan base,” says Philip Thomas, CEO of Cannes Lions. “Cannes Lions is delighted to recognise Richard’s achievements and present him with the Media Person of the Year award.”

Commenting on the award, Richard Plepler says, “I couldn’t be more honoured to accept this prestigious award on behalf of HBO,” said Richard Plepler, CEO of HBO. “HBO has always stood for excellence and quality across all levels of our business both domestically and around the world. To join such a distinguished list of honourees and their great companies is a special privilege.”

Richard Plepler will be honoured with the Media Person of the Year award on Tuesday 17 June in the Palais des Festivals, Cannes, France.