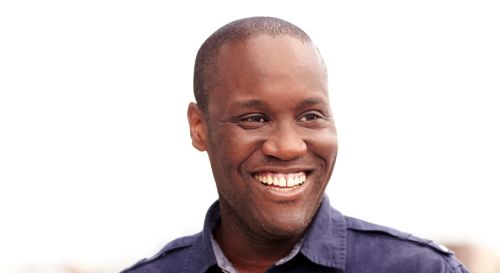 Born in America, Nwokorie spent his early years in Nigeria, an experience he credits with underpinning his creative outlook, as it is a world where commerce, culture and creativity are necessarily intertwined with everyday life. He completed his architecture training at Columbia University and has worked on urban regeneration projects in Africa, special effects in New York and computer gaming in London. Nwokorie joined the Wolff Olins team in 2006 as a senior strategist, was appointed managing director of Wolff Olins’ London office in 2010 and became global CEO in 2014.

In his new position, Ije Nwokorie will lead Wolff Olins’ global business forward into an exciting new chapter; to inspire, as well as drive, facilitate and deliver strategy and innovation for big corporations. Increasingly his role is as much about creating, as it is about bringing great people together to make things, and make things happen. Wolff Olins is responsible for brands such as (RED), Orange, GE, Mercedes-Benz, New York City, London 2012, Tate, Unilever, Target, Hero MotoCorp, Tata Docomo and AOL.

Nwokorie is a passionate speaker on creativity and leadership, fascinated by the possibilities of technology and an influential mentor and voice on entrepreneurship in Africa.

Commenting on his appointment, Ije Nwokorie says, “As so many aspects of society and commerce are going through such fundamental rethinks, design has never been more important, and creative approaches never more required to address systematic challenges. I'm looking forward to seeing how our industry is bringing design as a tool to play our part in these critical and exciting times.”

The definition of Design for the purpose of Cannes Lions is the celebration of the use of design as an aid in communication and experience to inform brand ethos and product messages. Cannes Lions will take place 15-21 June at the Palais des Festivals in Cannes, France.