Cannes Lions Is Transforming the Industry for the Better 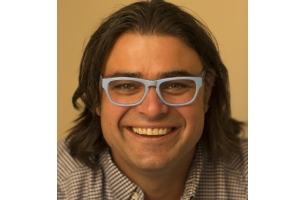 I have a love-hate relationship with Cannes. (The first being pronunciation: is it like can or Kahn?) On the one hand, its back-slapping egotism and imperious bacchanalia powers one hell of a party. Conversely, it continues to be a showcase of important and meaningful work being created by people who intend to put great talent to good use.

So despite the red carpet carnality and yacht-based excesses, Cannes continues to celebrate purpose-led work that, like it or not, is transforming the ad business for the better.

#LikeAGirl from P&G and Leo Burnett was the darling of the festival, grabbing the Grand Prix in PR. Life Paint for Volvo and from Grey London won both in Design and Promotion & Activation. Agencies Geometry Global and MEMAC Ogilvy Dubai won the Grand Prix in Product Design for the Lucky Iron fish project, an innovative solution to eradicating anemia in Cambodia (yep, you read correctly.) Under Armour and Droga5 won the top award in the Cyber category for a campaign that promotes female athletic empowerment. The Grand Prix in Media went to British telecom giant Vodafone and Y&R Team Red Istanbul for an app that helps victims of domestic abuse in Turkey.

It should be obvious by now that purpose-led work is not only a driver of commercial value and brand equity, it is also an enabler of the world’s best creative ideas. So despite its excesses and insider proclivities, Cannes presents itself as a gathering of people who give a shit about the world, too.

While the festival is becoming increasingly important for the creative industry to share work that matters, it should also become a more important forum for us to solve problems together, set strategy for the future, achieve commonalty and alignment on macro-trends and societal issues – you know, give our industry its much needed credibility with the audiences it serves. In other words, I would prefer Cannes be more like the World Economic Forum at Davos than the EDM tent at Glastonbury.

Case in point: the latest award category that could have some of the most impact is the Glass category – a Lion established to recognize and address issues of gender inequality and prejudice. This massive acknowledgement of one of the world’s most pressing and repressive issues will have reverberations every year at Cannes for decades to come.

It is often claimed that the awards meted out at Cannes only matter to the people who entered, voted, lost, or won at Cannes. Very little of the work actually affects people – real people, not those who sit on juries. Slowly but surely, the work that is rising to the top is no longer simply directed at ourselves. It’s actually changing the real world.