The Influencers 191 Add to collection

INFLUENCER: VCCP’s Peter Gasston noticed a lack of innovative ideas in the category that aimed to entertain, build on existing user behaviour or cleverly use new platforms 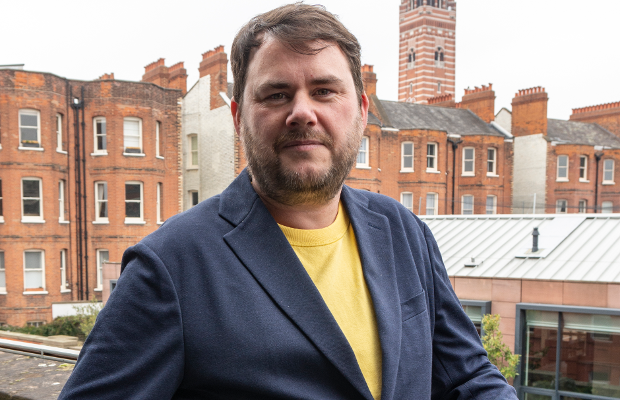 The message sent by this year’s Innovation Lions shortlist was very clear: to be noticed, innovative ideas must be big and serious. The shortlist celebrated purpose-driven, world-changing ideas, from Wavio and Area 23’s Grand Prix winner See Sound, a connected home system that alerts deaf users to common sounds such as babies crying or fire alarms, to Homepro and BBDO Bangkok’s 7:1 Collection of high-contrast furniture for the visually-impaired.
All of the ideas, I should emphatically state, are noble in the extreme. But a shortlist of big, important, impactful ideas didn’t leave much room to celebrate other forms of innovation.
The stated intent of the Innovation Lions is to honour “ground-breaking innovation, technology and problem solving”. I take issue with the notion that only ground-breaking innovation is worth honouring. Innovation doesn’t have to be radical to be remarkable; small, incremental changes can also have a big impact. As the author David Sax put it: “true innovation isn’t just some magic carnival of invention… it’s a continuing process of gradual improvement and assessment.”
Nick Law of Publicis (soon to be joining Apple), who gave the opening keynote speech at the Lions, preached the value of ‘smaller’ ideas, stressing that we should also reward those aimed at “building services and adding value through some sort of utility… so we can balance these two worlds, between message and behaviour.” But the scales were tipped firmly in the favour of message at this year’s festival.
The Lions have, of course, the right to reward only the big, ground-breaking ideas; it’s their party, so they set the rules. But even with this criteria in place, the shortlist is very narrow.
The Innovation Lions criteria for entry includes “tools, products, models, platforms and other forms of ad tech [and] creative campaigns utilising new tech.” It’s a broad field of acceptable submissions, although few of them were on show; lots of tools and products, little of anything else. And the subjects were similarly narrow; of the 25 ideas on the shortlist, around half were assistive or accessibility products or services, and a further quarter dealt with awareness of the environment.
To reiterate: those are very worthy causes, and I’m not here to disparage them. And if the shortlist celebrated purpose, well, it’s much better to have brand purpose than brands with no purpose. But the drawback of such a purpose-driven shortlist is that it was serious. So, so serious. It perhaps reflected the anxious mood of our times: tackling issues of culture, identity, and access, and not leaving time for fun.
Google Creative Lab’s Creatability and Adidas’ AR Drops were notable for bringing some levity to an otherwise fairly solemn list. Those aside, there was a lack of innovative ideas that aimed to entertain, that built on existing user behaviour, or that introduced clever uses of newer platforms like TikTok, or Fortnite. The latter actually was involved in a Grand Prix winner, Wendy’s and VMLY&R’s Keeping Fortnite Fresh, although it was in a different category and the judges were at pains to point out that what gave it the edge was more what it signifies than for the actual execution — “it was setting up a new trend instead of being the apex of a previous trend”.
As you can tell from the fact that this is the third time I’m saying it, I’m not against the ideas that made the shortlist; they’re big and important ideas and the world will be a better place if they all make it to product. And past shortlists have been criticised for not having enough purposeful ideas. But perhaps the pendulum has swung too far the other way. A narrow and imbalanced shortlist like this risks shifting the definition of innovation until smaller, behavioural, or more fun ideas are overlooked and value is only placed on the needle-moving, purpose-driven ideas; the ones that are big, worthy — and very, very serious.
​Peter Gasston is innovation lead at VCCP.
view more - The Influencers