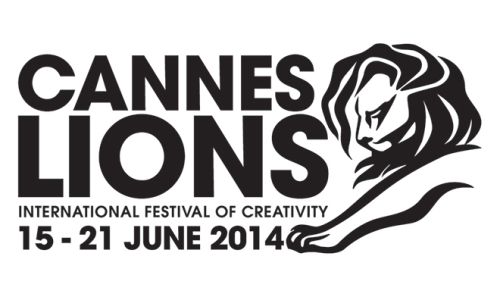 The International Festival of Creativity, Cannes Lions, opened its doors on Sunday for seven days of inspiring content and awards in seventeen categories which will set the bar for creative communications across the world. The first of four awards ceremonies has taken place tonight, announcing this year’s winners in the Creative Effectiveness, Direct, Promo & Activation and PR categories.

The Promo & Activation category which received 3241 entries, saw the jury shortlist 300 entries and go on to award 94 pieces of work. adam&eveDDB were presented with the Grand Prix on stage for their entry for Harvey Nichols, ‘Sorry I Spent it on Myself’. In total 20 gold, 29 silver and 44 bronze trophies were given across the category.

The UK also took home a Grand Prix in the Direct Category. It was presented to OgilvyOne London for their entry for British Airways, ‘Magic of Flying’. 2677 entries were made into the category this year – 256 of these were shortlisted and from these 18 gold, 17 silver and 39 bronze trophies were given.

In the PR category the USA took their first Grand Prix of the week. The Creative Artists Agency, Los Angeles and Edelman New York jointly collected the trophy for their campaign for Chipotle Mexican Grill, ‘The Scarecrow’. With a dramatic 43% increase in entries compared to 2013 and 37% of entries entered by a PR agency, 1850 were this year received into PR from which 181 were shortlisted and from this 13 received gold trophies, 24 were awarded silver and 33 took bronze.

Today’s seminars were delivered by a variety of world-class speakers, from Hollywood A-listers to leaders in the social media realm, producers and industry legends; the programme so far is proving to be invaluable and enriching for delegates. Actress Sarah Jessica Parker shared a stage with Cosmopolitan’s Editor-in-Chief Joanna Coles. Together they discussed the issues women face in balancing work, love, relationships, sex, children, money and power. Chuck Porter, Chairman of Crispin Porter + Bogusky and Chief Strategist at MDC Partners, used his session to do a creative reality check and give a brief message on behalf of the seven billion people who aren’t at Cannes Lions. Futurebrand’s Christopher Nurko brought pilot’s André Borschberg and Bertrand Piccard to the stage to discuss Solar Impulse; the first ever solar-powered plane capable of flying day and night with unlimited endurance.

Elsewhere at the Festival, a host of Young Lions Competitions and Academies are now well underway offering career enhancing opportunities for both those who are just starting out in their careers to unrivalled training for those at a senior level. Cannes Lions provides the greatest backdrop for these opportunities – offering all the benefits of the Festival as well as access to the greatest people in the industry and learning and mentorship from some of the sharpest minds in the business, who act as deans and tutors to the learning programmes.

Cannes Lions is currently taking place from 15-21 June in Cannes, France. 12,000 delegates are in attendance across the week and will see content from over 500 speakers and take inspiration and learning from more than 37,000 pieces of work. Anyone wishing to keep up with the Festival’s activities can follow the Cannes Lions through Facebook, Twitter or at www.canneslions.com. All of the winning work will be available to view on the website from tomorrow.