Pytka will be presented with the Lion of St. Mark in Cannes on Saturday 21 June 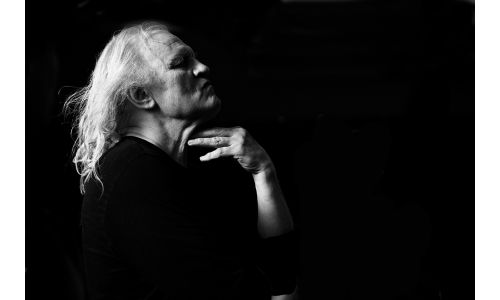 The organisers of the 61st Cannes Lions International Festival of Creativity, are proud to announce that the prestigious Lion of St. Mark award will this year be presented to director Joe Pytka in honour and celebration of his long and outstanding contribution to creativity in the advertising and communications industry.

“Director of some of the best and most well-known TV commercials, Joe Pytka’s prolific and accomplished work has had an enormous influence on TV advertising,” says Terry Savage, Chairman of Lions Festivals. “Producing numerous award winning ads for many global brands, his creations have inspired and awed peers and audiences alike. It is with great honour and respect that we present Joe with the Lion of St. Mark for his outstanding contribution to the industry.”

Joe Pytka, Director of PYTKA, began his career working evenings at WRS Motion Pictures before running a post production department for MGM Telestudios, after which he created a number of documentaries and dramatic films for WQED. His first production company with partner Rift Fournier specialised in creating independent documentaries and occasional commercials. Disenchanted with the lack of formality of the pure documentary form, Pykta’s attention turned more to commercials. At the same time he experimented with early music video format in his documentary ‘Maggie’s Farm’ and ‘High Flying Bird’ a short film with Steve McQueen.

Pytka’s commercial career began to flourish leading him to work with legendary McCabe and Riney to produce award winning work, and after breaking with Fournier, form an association with Rick Levine before going out on his own.

His work with Riney included commercials for Blitz Weinhard Brewery, Gallo Winery’s Bartles and Jaymes Wine Coolers and Perrier. At this time Pytka began working with Phil Dusenberry, producing award winning ads for Pepsi, General Electric, DuPont and FedEx. His work with Wieden + Kennedy for Nike has been called ground-breaking and he’s been called 'a genius' for his IBM work with Steve Hayden. Pytka, the man behind many famous Super Bowl ads, has also become known for his work with celebrities including Madonna, Michael Jordan, Tom Hanks, Tiger Woods, Marlon Brando and President Obama to name a few.  He’s also made two films and created videos for The Beatles, John Lennon and Michael Jackson.

Commenting on the award, Joe Pytka, Director of PYTKA says, “Cannes Lions has always been the benchmark by which great work is measured and has been the centre of my professional life.  Vive Cannes Lions!”

Joe Pytka will be presented with the Lion of St. Mark in Cannes, France, on Saturday 21 June. Previous recipients of the accolade are Lee Clow (2013), Dan Wieden (2012) and Sir John Hegarty (2011). The Lion of St. Mark trophy is based upon the original Lions awarded at the Festival which were modelled on the lion statue in St. Mark's Square in Venice, location of the first Festival in 1954 and alternating host city with Cannes before Cannes became the Festival’s permanent home in 1984.