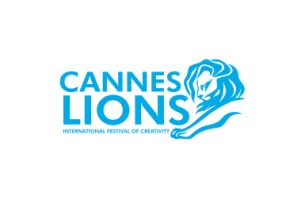 Overall there’s been growth in 18 of the 24 Lions, with standout expansion of the Product Design Lions (+92%) and notable increases in awards associated with the Festival’s three specialist streams: Lions Entertainment, Lions Innovation and Lions Health.

The two awards linked to Lions Innovation have also grown. Launched last year, entries into the Creative Data Lions have risen by 16% and there was a leap of 69% in the Innovation Lions, echoing the continuing explosion of data and tech-led creativity. “We’re seeing evidence that the role of start-ups in the branded communications ecosystem is key, with new businesses and their products not only buoying entries to these two Lions, but driving deep into others as well,” said Lions Festivals Chairman, Terry Savage.

The Pharma Lions and the Health & Wellness Lions have again grown significantly (+35% and +42% respectively) with a total number of 2,607 entries, a dramatic growth which Louise Benson, Festival Director of Lions Health, attributes to the ethos and impact of the event. “By celebrating life-changing creativity, we’re challenging the norms of a highly regulated industry and accelerating change. Such strong entry numbers are a powerful sign of growing creative confidence.”

Other trends included strong support for craft. The inaugural Digital Craft Lions received 1,150 entries, Film Craft is up by 5% and the craft categories within other Lions have also surged this year.

“We are constantly evaluating every Lion, consulting with the industry to form a view on how they should be structured to reflect the creative landscape and remain relevant. It’s important that the Lions remain a barometer for the industry, as well as an enduring creative benchmark,” said Philip Thomas, CEO of Lions Festivals. “These numbers are also a reminder that there are ebbs and flows, and that it’s always best to take a long-term view. The Outdoor Lions are just one example of that – a drop last year of 11% prompted commentary about a decline in the sector, but this year we’ve seen a determined bounce-back, with entries rising by 7%.”

The full count is as follows: