Cindy Gallop appointed jury president for 'The Glass Lion: The Lion for Change' 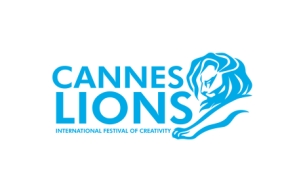 Cannes Lions today announced the launch of the Glass Lion: The Lion for Change; an award with the support of LeanIn.Org which specifically recognises work that challenges gender bias and shatters stereotypical images of men and women which remain rooted in marketing messages.

It is the Festival’s long-held belief that marketing actively shapes culture, and the launch of the award is part of an on-going commitment to positively impact the course of communications.

“We are humbled to be described as a global benchmark for creative excellence. Creativity has the power to change culture, and the wider world, in a deeply positive way. So rewarding creative work that fights to address the (mis)representation of gender in marketing communication is something we hope will lead to real change across the industry and society," comments Lions Festivals CEO, Philip Thomas.

Cannes Lions will donate all proceeds from the Glass Lion entry fees and put them back into a programme that promotes and enables the creation of a more gender-neutral media landscape. Details of this programme will be announced over the next few weeks. It is intended that the Glass Lion will evolve in future years to include other global, cultural and societal issues.

The introduction of the Glass Lion: The Lion for Change follows on from the 2014 launch of See It Be It; the Festival initiative which aimed to accelerate creative women’s careers in advertising. “To date, a predominantly male voice has informed the creation of a lot of the marketing messaging. Applying creativity to capture the hearts and minds of the largest consumer base in the world – women – will inform the financial future of this industry. This will require a more gender-balanced talent pool," explains Senta Slingerland, Lions Festivals’s Director of Brand Strategy.

The visibility of See It Be It resulted in Facebook COO and Founder of LeanIn, Sheryl Sandberg, urging Cannes Lions to consider the launch of a Lion specifically to tackle misrepresentation of gender.

“You can’t be what you can’t see – and how we market to women is critically important," said Sandberg. “If our messages to women – and men – portray equality, we will help create a more equal world. LeanIn.Org is thrilled that Cannes Lions is making the Glass Lion a reality so we can all applaud advertising that is more representative of the world as it should be."

The Lion launched with the active support of LeanIn.Org.

Founder & CEO of IfWeRanTheWorld/MakeLoveNotPorn and former Founder of BBH New York, Cindy Gallop, has been appointed as the inaugural Glass Lions’ Jury President and is a vocal supporter of the award.

“I couldn't be more thrilled about the introduction of the Glass Lion, which demonstrates Cannes Lions' commitment to ensuring that both our industry and the work we create not only more accurately reflects the world around us, but actively changes it for the better," said Gallop. “I am honoured to be Jury President, and look forward, together with the jury, to celebrating work that will set the gold standard for creative and sociocultural change."

The Glass Lion will award highly creative, positive and progressive contributions to gender representation within creative advertising and communications. Entries in this section will seek to promote more inclusive, gender-aware forms of brand communication rooted in creative excellence.

Points won in the Glass Lions category will count towards Special Awards – accolades for Agencies, Network and Holding Company of the Year. Entry for the Glass Lions opens today, Monday 2 March, at www.canneslions.com/cannes_lions/awards/the_glass_lion/overview and closes on 27 March. Winners will be awarded on Tuesday 23 June 2015 at the Palais des Festivals in Cannes. Nominations for this year’s See It Be It programme will be collected via the website from late March.