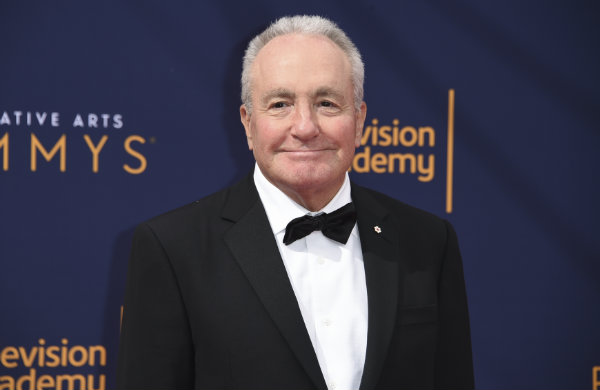 Cannes Lions has today announced that Emmy Award-winning producer and writer Lorne Michaels will be honoured with the Festival’s first Entertainment Person of the Year award. Presented in recognition of the fundamental role that entertainment plays in the marketing and communications industry, the award honours an individual whose creativity inspires others to produce truly compelling, meaningful and entertaining content.

A master storyteller, Michaels has been a driving force in culture for almost four decades, creating impactful, award-winning entertainment across television, film and theatre. He is best known as the creator and executive producer of hit US show 'Saturday Night Live', the longest-running, weekly, late-night television programme in TV history that’s currently in its 44th season.

Philip Thomas, chairman of Cannes Lions, said: “We’re delighted to present this very special award to Lorne Michaels. An esteemed industry legend, he is an individual who perfectly illustrates the impact of great storytelling and culture, which can support the marketing and communications industry to strive for creative excellence and engage and inspire audiences across the world.”

To celebrate Michaels’ distinguished career and contribution to entertainment, he will be presented with the award at the 66th Cannes Lions International Festival of Creativity, during the Thursday night Awards Show on 20th June 2019. Michaels will also be speaking on stage as part of the Cannes Lions content programme on Thursday, in the session 'In a World of Disruption, Storytelling Wins', hosted by NBCUniversal. The session will unpack the idea that great stories will always connect with audiences.

Michaels has won 16 Emmys as a writer and producer. Along with 'SNL', Michaels is currently the executive producer for shows including 'The Tonight Show Starring Jimmy Fallon', 'Late Night with Seth Meyers', 'Shrill', 'AP Bio' and 'Documentary Now' among others. His TV specials have featured top talent, from Steve Martin and Paul Simon to most recently, Adele.

In 2016, Michaels was awarded a Presidential Medal of Freedom, the nation’s highest civilian honour for his significant cultural contributions to the country. He also is a member of the Order of Canada. In 2008 and 2015, he was named one of Time magazine’s 'Time 100' — a list of the most influential people in the world.

Wunderman Thompson New York Appoints Rodrigo Maroni as Chief Strategy Officer
Who Wot Why Expands Creative Department with Four New Hires
Thinking Of Buying An Oculus Quest 2? Here’s All You Need To Know
Ride the Wind in This Dreamlike Burberry Film from Megaforce