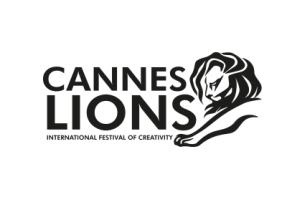 The nine members of the first Glass Lion: The Lion for Change jury have today been announced by Cannes Lions.

The award, launched with the support of Leanin.Org, recognises work that breaks through unconscious gender bias and shatters stereotypical portrayals of men and women. It will be judged by an accomplished, diverse group who will bring a broad cross-section of cultural perspectives, insights and experience to the table.

Commenting on the jury appointments, CEO of Lions Festivals, Philip Thomas, said that they would be instrumental in helping to shape the future of the award, and, in turn, the industry. “We believe that marketing actively shapes culture, and the Glass Lion is part of our commitment to having a positive impact on this. The introduction of a new Lion is an opportunity to define both the category and what we hope the communications landscape might look like.”

Jury President, Cindy Gallop, Founder/Chief Executive Officer, IfWeRanTheWorld/MakeLoveNotPorn also stressed the importance of the award in actively shaping industry change. “I want every single creative in every country around the world to desperately want to win the Glass Lion – because the work that wins this award represents The New Creativity: the gold standard for creative and sociocultural change in our industry.”

Judge Nick Bailey, Chief Executive Officer/Executive Creative Director, Isobar, agreed, adding that the global, multi-disciplinary perspective of the jury would also play a role in how the work is judged.

“It’s no secret that one gender and one viewpoint is over-represented in our industry, which means inevitably a certain viewpoint is over-represented. The Glass Lion seeks to redress that by recognising work that holds a mirror up to the world as it really is, rather than just as a minority of people see it. That’s why it’s particularly exciting to see not just a truly international mix in the jury, but also a mix of viewpoints from both within and from outside our industry.”