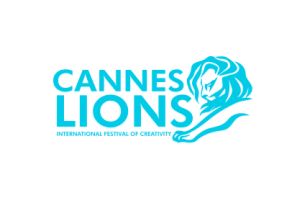 The Cannes Lions International Festival of Creativity has today announced the 27 Jury Presidents that will lead and guide specialist juries at the 66th edition of the Festival.

The Jury Presidents span the Cannes Lions Awards architecture, introduced last year, which includes nine Awards Tracks. These Tracks provide an organising structure to enable entrants to navigate the Lions and also reflect the diversity and specialism of the work from the creative communications industry. The juries will have the responsibility of curating a body of work that will represent 2018 and set the tone for the creative year ahead.

Philip Thomas, Chairman of Cannes Lions, said: “To win a Cannes Lion demonstrates creative excellence. It’s inspiring work that stands out for its innovation, impact and effectiveness. In awarding a Lion, the juries are recognising the best creative output from the year gone by but also signalling the future of creativity. Our Jury Presidents are pivotal in this process, themselves having demonstrated their creative credentials in guiding teams, organisations and brands to set exemplary standards. We’re extremely proud to have their talent and experience to lead this year’s juries in setting the benchmark for creativity going forward.”

The 2019 jury line-up includes two new Lions; the Entertainment Lion for Sport and the Creative Strategy Lions while the Product Design Lion has been retired. This shift in disciplines of Lions represents the changing industry landscape and how the future of creativity is evolving.

The Communication Track looks at the big creative idea, where campaigns are brought to life through brilliant partnerships, people and storytelling.

- Radio & Audio Lions - Jose Miguel Sokoloff, Global President, MullenLowe Group Creative Council & Chief Creative Officer, MullenLowe Group UK, Global. As one of the pre-eminent advertising creative and peace proponents in the world Jose has been a driving force behind work to aid demobilization in his native Colombia, while also producing work for brands including Burger King, Unilever and Magnum, winning 32 Lions for MullenLowe in 2018.

- Print & Publishing Lions - Olivier Altmann, Co-Founder, CEO & Chief Creative Officer, Altmann + Pacreau, France. Throughout his career Olivier has been recognised as one of the best Chief Creative Officers in the world and since launching his independent agency in 2014 he has been named as a President at the French Advertising Association

- Design Lions - Richard Ting, Global Chief Experience Officer & US Chief Creative Officer, R/GA, Global. With 20 years of experience in building and guiding world class design teams, Richard has worked with some of the world’s biggest brands and has won nearly every major creative award including a Titanium Lion.

- Mobile Lions - Ari Weiss, Chief Creative Officer, DDB Worldwide, North America. Ari has guided the creative resurgence of DDB and since joining has earned 24 Lions and been named by the 4A’s as one of the 100 people who make advertising great.

The Craft Track focuses on the artistry, skill, talent and flair required to deliver beautifully executed ideas with the power to cut through and bring the creative idea to life.

- Industry Craft Lions - Trevor Robinson OBE, Founder & Executive Creative Director, Quiet Storm, UK. Trevor set up the UKs first joint creative agency and Production Company, founded Create Not Hate as a means to reduce gun crime and get disenfranchised youth into advertising and in 2009 was awarded an Order of the British Empire by Queen Elizabeth II for his services to UK advertising.

- Digital Craft Lions - Rei Inamoto, Founding Partner, Inamoto & Co, USA. Rei has been named as one of the “Top 25 most Creative People in Advertising” by Forbes magazine having led AKQA to grow tenfold during his tenure before founding his own firm. In 2013 he served as Mobile Lions President.

The Entertainment Track celebrates creativity that goes beyond branded communications to create authentic entertainment that engages consumers and impacts culture.

- Entertainment Lions - Scott Donaton, Global Chief Creative & Content Officer, Digitas, Global. Scott leads a team of more than 400 creatives through a worldwide “connected creative” practice and his many awards include Cannes Lions and an induction into the Advertising Hall of Achievement.

- Entertainment Lions for Music - Paulette Long OBE, Music Consultant / Board Director, Paulette Long, UK. With a career spanning over 34 years Paulette currently serves as a board director for The Music Publishers Association and in 2016 received an OBE for her services to the music industry.

- Entertainment Lions for Sport - Steve Stoute, Founder & CEO, Translation Enterprises, USA. As an advertising entrepreneur Steve connects world famous brands to culture through sports and entertainment with campaigns for the NBA, NFL, Beats by Dre and Nike. He has been recognised as Executive of the Year by AdAge and is a member of the Advertising Hall of Achievement.

The Experience Track focuses on the powerful brand currency of intelligent customer journeys and immersive experiences.

The Good Track goes beyond brand purpose to use creative communications to shift culture, create change and positively impact the world.

- Sustainable Development Goals Lions - David Droga, Founder and Creative Chairman, Droga5, Global. In 2017 David was awarded the Lion of St Mark and has amassed more than 70 Gold Lions and 15 Grands Prix or Titanium Lions throughout his career.

- Glass: The Lion for Change - Jaime Robinson, Chief Creative Officer, Joan Creative, Global. Before launching her own agency, Jaime led development and creative vision for Wieden+Kennedy and Pereira & O’Dell’s creative departments and has won over 30 Lions, including 3 Grands Prix.

The Health Track celebrates creativity in branded communications in a highly innovative but fiercely regulated sector which has the unique power to truly change lives.

The Innovation Track showcases the conception and application of product development, business transformation and the new data-driven, tech-enabled creativity re-shaping the conversation between brand and consumer.

The Reach Track recognises the insight, strategy and planning that enables brands to effectively engage consumers, at scale, and be heard amid the ongoing battle for attention.

- Creative Strategy Lions - Tracey Follows, Founder, Futuremade, Global. Tracey works with brands and helps them develop strategies to futureproof their organization. Prior to launching her futures consultancy she worked as Head of Strategy at Wired Consulting, Chief Strategy and Innovation Officer at the Future Laboratory and Chief Strategy Officer at J. Walter Thompson Worldwide and London.

- Creative Data Lions - Yasuharu Sasaki, Head of Digital Creative and Executive Creative Director, Dentsu Inc., Japan. Yasuharu leads the digital creative and innovation teams at Dentsu Inc, receiving 10 Lions in 2018. In 2006 he was a member of the Cyber Jury.

- Media Lions - Karen Blackett OBE, WPP UK Country Manager & MediaCom Chairwoman UK & Ireland, WPP, UK. As Country Manager for WPP and Chairperson of MediaCom UK, Karen is guardian for 17,000 people and 124 operating brands in the UK. She was awarded an OBE in 2014 and acts as a Business Ambassador to the Department of International Trade.

The Jury Presidents will join their full juries at Cannes Lions where the winning work will be awarded each evening from 17th-21st June.

Entries to the Awards open on 17 January 2019. Further information on how to enter and details on how to attend the Festival can be found here.