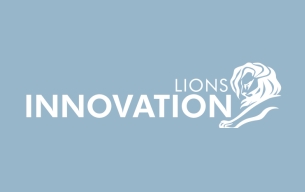 The shortlist for this year’s Innovation Lions has today been revealed, with 34 entries making it through to the final round of judging. You can view & download the shortlist here.

Now in its third year, the Innovation Lions has seen a growth in entries of almost 10% in 2015, up to 226 from 206 in 2014. Remarkably, within a relatively compact pool of submissions, a total of 41 countries are represented, with Tunisia, Ecuador and Argentina shortlisted for the first time in 2015.

The section had been expanded this year to include categories for standalone and branded technological solutions, adtech platforms and models. As a result, a broad range of initiatives were submitted to the competition, however a strong trend towards solutions for global issues has been observed by judges. This energised altruism is something which Nick Law, Jury President and Global CCO of R/GA, attributes to the growing role of creativity as an agent of change. “A creative culture with the courage to imagine a better future will reshape an industry and the world. These Lions are a measure our industry’s appetite for innovation, and our collective ambition to effect change, not just react to it.”

Representatives of the successful entrant companies are now making preparations to attend Cannes Lions where they will present live in front of an audience of delegates and judges, providing the latter with an opportunity to interrogate the makers about their work. There follows further discussion by the 10-person jury and voting for metal.

This year, in addition to the judged presentations, shortlisted entrants will present again as part of the first Lions Innovation. Both the Innovation Lions and the new Creative Data Lions now form part of the Festival, and winners will be announced at the concluding Awards Ceremony on Friday, 26 June.

Commenting on the announcement, Lions Festivals CEO Philip Thomas said, “The growth of the Innovation Lions is testament to the now instrumental role of innovation in the industry, something which we’re excited to explore further through the festival.”