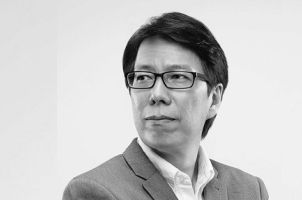 There’s been some confusion in recent years about the differences between the Direct and Promo & Activation Lions. But according to this year’s Direct Jury President Ted Lim, who is also the regional CCO at Dentsu Aegis Network APAC, Cannes has addressed the situation and redefined Direct for the good. LBB’s Addison Capper caught up with him to find out more.

TL> I’d like to see innovative business solutions and am happy to say I have seen a few already.

LBB> What are the trickiest elements of Direct to judge?

LBB> Direct is arguably the oldest form of advertising but still remains one of the most exciting. What have been the biggest factors that have affected the category in the past year and how will you and your jury deal with them?

TL> There was some confusion between the Direct and Promo Lions in the past. Cannes has since redefined the Direct Lions to celebrate response-driven and relationship-building creativity directly targeting a specific audience with a call-to-action which produces measurable and meaningful results.

LBB> The transcendent ‘big’ ideas are relatively easy enough to spot, but some work is smart in a more nuanced way, for example work that plays on the subtleties of a particular culture. When you’re leading a jury, how do you give space to these ideas in the jury room?

TL> The Cannes jury is international and English is the lingua franca. If someone has entered work that was originally conceived and executed in another language, they will have to make sure that the cultural nuances are not lost in translation.

TL> Ian McKellen. And John Hegarty with whom I had the privilege to judge the Titanium Lions with last year. Two brilliant minds.

TL> CEOs, CMOs and CCOs will be looking for innovative business solutions to win in the digital economy. I hope we will find more than a few in Cannes this year.