Awards and Events 302 Add to collection

BETC CCO on brilliant ideas and looking for the universal truth 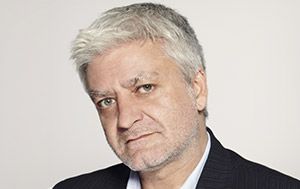 The trick to judging the Promo & Activation category at Cannes Lions is, according to this year’s Jury President and CCO of BETC Stéphane Xiberras, to separate the two terms and define the difference between them. LBB’s Addison Capper chats with him to find out exactly what that means…

SX> I try to forget what I’ve already seen. During the year, we already see a lot of work. When I am judging an award, I force myself to look at all the work with fresh eyes and only compare it to the other campaigns I have in front of me. It’s not always easy to get rid of your initial impressions.

SX> Looking at past winners, you see campaigns that went beyond the traditional borders of advertising and managed to really affect change. The work that wins a Lion in Promo & Activation this year will actively engage consumers with a fresh, creative, and original idea. That’s what this category is about. In the pre-judging, you try to kill all the work that shouldn’t have been entered so that you only have to discuss work that is worthy of the expectations of this category.

LBB> What are the trickiest elements of Promo & Activation to judge?

SX> In this category, we see all kinds of work. And rightly so, because the definition of a ‘Promo’ work can be so broad. When you think about it, almost everything we do is a promotion of some sort. The key is to rather focus on ‘Activation’ work. Because it is easy to promote something. But, the real challenge is to get people to become a part of your marketing. To inspire them so that they become active participants of your idea and help spread it.

SX> Defend the work that you believe in without being too stubborn if nobody gets it. Also, if a campaign was developed in your market and you have specific details to add, please do.

LBB> Promo & Activation is an interesting category in that there’s a real immediacy in it, since it’s all about on-the-spot decision making. How important is it to put yourself in the shoes of the consumer when judging the impact of this kind of work? And how do you do that in the jury room?

SX> Promo & Activation is the only category that doesn’t start from the work but from the consumer’s response to the work. You have to keep this in mind when judging. It’s not just about how brilliant an idea is but what the campaign achieved and how people reacted to it. I think it is fairly easy to spot when a campaign just looked good on paper and didn’t really engage the consumer.

LBB> The transcendent ‘big’ ideas are relatively easy enough to spot, but some work is smart in a more nuanced way, for example work that plays on the subtleties of a particular culture (the challenges of writing copy in Chinese might be different to writing in English or French, for example). When you’re leading a jury, how do you give space to these ideas in the jury room?

SX> You don’t. What I mean by that is what you are looking for is a universal truth. At Cannes, we award ideas that are not country-specific but ideas that are universal and rely on shared values. Of course, some operations can only work in certain areas, but the idea behind them has to be global.

SX> To be honest, I haven’t really looked at who is coming this year. For me, Cannes is a place to catch up with people. People from other BETC agencies in the world. Former colleagues that are now in other agencies. Creatives from other agencies that I met on juries or in industry events and have become friends. Journalists that I have been reading for years and that follow the BETC adventure. And of course, I am always open to meeting new people and making relationships that I hope will last.

And this year, we will not forget to pay tribute to David Droga, who will receive the Lion of St-Mark. It is one of the most prestigious honours that a creative can dream about.

SX> For the past few years, we’ve opposed data and creativity. Last year, Spotify managed to make a campaign (“2016, It’s Been Weird”) that used data creatively while telling the story of the brand and selling the unique attributes of the platform. It was a perfect example of the shift that is happening.

I think this year we will get to hear more about data and technology, such as drones, bots, machine learning, artificial intelligence, augmented reality, virtual reality… This stuff is not just for geeks anymore. 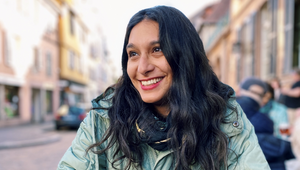 Is the Sacred Planner-Creative Relationship a Foreign Concept in France?