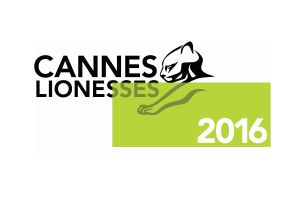 Cannes Lionesses, the site that celebrates and champions female creativity, is returning to Cannes this year, and this time it is on a mission to seek out the first ever female creative to strike Cannes Gold.

Cannes Lionesses is encouraging people to help out with the search to identify this ground-breaking female creative, the original Peggy Olson, and join the conversation around female creativity in the industry, using the hashtag #canneslionesses

As well as finding the first ever female Gold Lion winner, Cannes Lionesses is aiming to document every female creative to have ever won at Cannes. Then present an inspiring and definitive list of all the Cannes Lionesses throughout history from the festival’s launch in 1954 to 2016.

This year, as well as featuring video interviews with 2016’s crop of female Cannes winners, the site will host interviews with high profile winners from previous years and from across the globe. From the UK this includes Grey’s Vicki Maguire, Saatchi & Saatchi’s Kate Stanners and Rosie Arnold, to name but a few.

These celebrated female creatives will offer advice and tips to fellow females in the industry, revealing what inspires them, what winning at Cannes has meant to them and how it has impacted their careers.

Cannes Lionesses was set up last year by award winning mcgarrybowen London creative team Holly Fallows and Charlotte Watmough and is backed by the agency.

“Last year there were thousands of winners but only 267 were female creatives,” says Holly Fallows. “We set up Cannes Lionesses to shine a light on these women and inspire others to follow in their footsteps. Hopefully they will think, “If she can do it, so can I”.

Cannes Lionesses will also run on Instagram and twitter: @CannesLionesses. The new Cannes Lionesses website will be live by this weekend and includes a short film explaining the initiative in more detail.