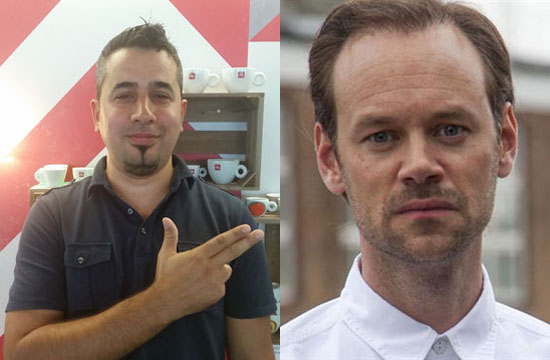 Cannes 2013 was all about big data, purpose and storytelling – our personal favourites under these themes were Thunderclap, TXTBKS and Prudential’s Challenge Lab respectively. With the crystal ball out, engaging storytelling will still be a big theme at Cannes 2014. Budweiser’s ‘Puppy Love’, a spot where their Super Bowl 2013 Clydesdale meets a puppy will no doubt get a mention - 50 million+ views on! But we’re sure Droga5 will clean up – AGAIN – with their outstanding New Museum ‘Recalling 1993’ and Newcastle Brown Ale ‘If We Made It’.

The Newcastle Brown Ale ‘If We Made It’ campaign celebrates the Super Bowl commercial the brewer would have made, if it had been able to afford one. The deadpan copy is spot on, and as ambush marketing goes – it’s a good one – poking fun at the sometime cheesy over-the-top $2 million link tested productions. Using Facebook as the anchor point for the narrative, structured in a similar way to Oreo’s ‘100-day Daily Twist’, the platform really embraces how people are now consuming ‘atomised’ content. Complete with storyboards, focus groups and trailers – in true David and Goliath form – they’ve proven how a handful of Internet spots can take on AB InBev’s stranglehold of the big occasion.

But it’s not all about work for the Super Bowl. The Grand Prix for Good will be hotly contested. Barton F. Graf 9000’s ‘The Climate Name Change’ will get a mention. All things being equal this gong should be collected by ‘Sweetie’ for Terre Des Hommes, the child rights organisation. It’s a powerful campaign designed to put the spotlight on and tackle a growing epidemic: webcam child sex tourism. Sweetie is a 10-year-old Filipino girl, a computer generated girl, and is part of a pro-active policing initiative that lured and identified hundreds of paedophiles. The campaign rightly made global news, with resulting names given to InterPol. ‘Sweetie’ may well be this year’s cover star for La Croisette, replacing those animated characters from ‘Dumb Ways to Die’ and could serve to put Dutch creativity firmly on the global stage.

Volvo is another clear favourite in our minds. Usually we are not a fan of adding celebrity to executions, because it often means the ideas are not that great and the celeb will balance it out. But this one is spot on. Van Damme's splits are ingrained in popular culture and the fact that they managed to get it on the right tone of execution, makes it a truly epic split. Full marks for the creatives who were able to sell it in and deliver a video that will now, undoubtedly, be a reference for the industry this year.

And finally, please indulge us for a second. We couldn’t end without picking one campaign of our own that we hope it hits the gong.

The Xbox FIFA2014 EMEA Launch - Play Like a Legend was a game launch with a difference: reality and fantasy blurred. The press and football fans were led to believe Ruud van Nistelrooy was back and his tweet on the last day of the transfer market got people talking around the world. With Ruud as protagonist, his Rocky-style training session and the inception of Food van Nistelrooy, fans got engaged to sign the real player and take the virtual one home. Fans could show off their skills on Xbox and even call the agent telling why they were the right manager for Ruud. A well thought through execution that understood the psyche of football and gaming fans.

So there you have it. A few of the campaigns that we think will be earning the winning creatives a shed load of free beer on La Croisette in next week. We’ll see you there!

Matt Hardisty and Chris de Abreu both work at Jam