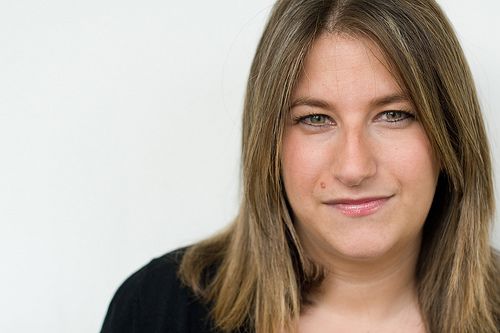 Last month's Cannes Lions Innovation sessions themed around ‘Data and Creativity’ firmly established, if it were even needed, that data is certainly not the enemy of creativity.

What emerged from at least one talk, if not more, is how the art world can actively help marketing data become more insightful and effective.

Yes, the management consultancy people were there in force, focusing on how data solutions will drive the creative world of the future. Accenture Interactive’s theme was ‘Creative Data as a Solution for Great Stories’ and Cambridge Analytica focused on the massive issue of ‘What Data-driven Creative Means for the Future of Advertising.’

As someone leading a creative business that’s inspired by data, rather than the other way around, it was fascinating to learn how, in a talk hosted by the media agency MEC, the art world is increasingly playing a role in inspiring data scientists at companies including IBM and Spotify.

The session, featuring the visual artist Stephen Cartwright, contained some compelling examples of art and design that has transformed big data into something more meaningful and insightful.

It was the tone that was more important though, in that it was one of positivity between art and science. Data and creativity. Craft and commerce. It showcased cases of brilliant artists forming their ideas through data analysis and then delivering something back to their scientific counterparts in the shape of superb visualisations that bring human behaviour vividly to life.

In 1996, picking up again in 1999, Cartwright began what he terms a “monster project” to track his latitude, longitude and elevation every hour. The result is some stunning visual art, based on an absolute mound of data, that makes sense of his existence over the past 20-something years.

Cartwright also uses data to inform his audio work. His ‘Chimes’ piece, which contains 365 tubes of metal, one for each day of the year, with the length of each tube based on the length of time between sunrise and sunset, made me imagine what’s possible. When agencies, for instance, successfully blend audio artists with data analysts in teams that deliver consistent brand experiences for the likes of Amazon Echo. These will be based on the data behind the targeting but sonic design will be the force for informing the delivery.

The love in between art and science was stopped in its tracks a little at the end of the session, with a question from the audience that asked, “Art is a form of human expression, surely data is corrupting that?” But I enjoyed Cartwright’s response: “In art we have to start with assumptions and a base layer, when we’re painting a representation of a person for example. It’s just that my conventions here are based on underlying sources of data. It means I work within constraints but I can still change tons of things in terms of materials to call it art and not science.”

And Cartwright seemed happy enough that his approach is having a positive impact on the commercial world in the sense that visual art can help us illustrate human behaviour even when faced by such vast quantities of data. There are challenges in achieving this but brands, and the agencies they hire, can only become more interesting places once the artists really are working alongside the scientists.