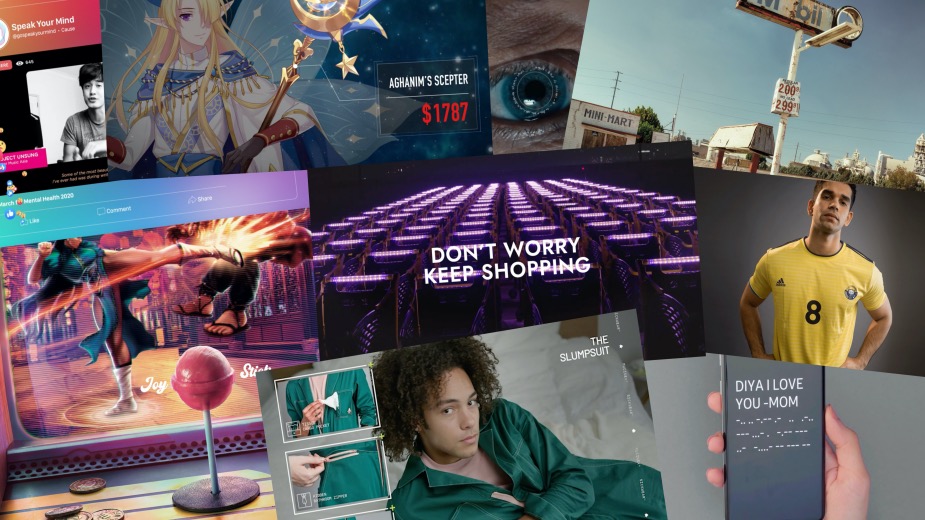 Innovation and craft come together as Cheil looks back on its creative highlights from the past two years. Its agencies across the world have combined imagination with technology to solve big problems in surprising ways – using UV lights to create germ-free shopping carts, turning mobile phone vibrations into a communication tool for the deafblind, hacking video games to show bullies the cost of bullying. It’s all wrapped up in some pretty punchy storytelling, from beautifully illustrated and crafted print campaigns to emotional social activations. With Cannes Lions just round the corner, check out some the network’s favourites.

Cheil WW Spain
Eye-tracking technology has long been used by ALS sufferers to communicate, but it’s expensive and difficult to access. As the biggest tech brand in Spain, Samsung was in a position to democratise that technology, and Cheil Spain created TALLK App, which allows anyone to use eye-tracking for free. Read more about the development of this ground breaking tool in this interview with ECD Alejandro di Trolio https://www.lbbonline.com/news/how-cheil-and-samsung-are-democratising-eye-tracking-technology-for-people-with-als

Cheil WW Seoul
The germs that our hands pick up have come into sharp focus – thanks to Covid-19 we’ve become obsessed with hand sanitising. For supermarkets, keen to make people feel safe in-store, the shopping trolley has become a key focus. With hundreds of strangers touching the handles with grubby hands, how can shoppers be sure that they’re having a safe and clean experience without dousing themselves in hand sanitiser? Cheil WW in Seoul ingeniously re-engineered the humble shopping trolley for their client EMART, fitting the handles with strips of germicidal UV lights that kill germs on the shoppers’ hands and keep the handles clean. As a result, EMART saw in-store customers increase by 11.6%

Cheil PengTai Beijing/ Cheil Hong Kong
Cyberbullies seldom respond to well-reasoned pleas to change their ways, so Samsung and Cheil came up with a behaviour change mechanic that hit bullies in the e-wallet. Partnering with one of the most popular mobile games in China, they were able to detect bullying in chatrooms, and the bullies were penalised with increased prices in the in-game store, raising the cost of weapons and accessories. Reports of in-game bullying fell by 40% during the two-week hack.

Barbarian
It’s hard to look slick when you’re sick, but Mucinex has managed it with their unexpected fashion collection. Sickwear, a collab with designers, is not only stylish, but contains all sorts of comforting details. Tissue pockets, anti-microbial fabric, aromatherapy sleeves and more. The collection was launched in a real-time, shoppable fashion show.

Cheil India
In order to help people with deafblindness communicate, Samsung has launched an app that uses Morse code and smartphone vibrations that lets deafblind people send and receive messages. The app was rolled out with an emotional film and an extensive training programme delivered by Sense International, which reached deafblind people and their carers from 28 cities across India.

Cheil India and adidas have long supported Real Kashmir, the pioneering football team from the troubled region. Three years ago, it entered India’s I-League, the biggest soccer league in the country, and its progress has seen it gather fans and admirers from around the world. Lockdown in Kashmir meant that, for the most recent season, the team hasn't been able to play at home, missing out on crucial home support. And so Cheil and adidas recruited fans online, persuading them to support Kashmir as a backup team. They devised a clever reversible football shirt, that allowed the new fans to switch between their regular team and Kashmir.

Iris WW
Quite often, catchy music can obscure the pain and emotion of a song’s lyrics. On world mental health day, Warner Music Group shared up-and-coming artists reading out the lyrics to their most heartfelt songs. The project got fans talking, particularly in countries with strong taboos around mental health.

Cheil WW Panama
Craft is everything in this print campaign from Cheil WW Panama that plays with micro and macro scales to depict plastic waste as stunning aerial photographs of nature. You can find out more about the project, and Mariana Peluffo who leads the creative team in Panama here https://www.lbbonline.com/news/5-minutes-with-mariana-peluffo.
It’s a campaign that’s touched creative leaders from across the network. Slava Denys, creative director at Cheil Ukraine, says: “There are things that touch me emotionally and that are related to my spiritual reflections on the vulnerable future of humanity. The Nature of Plastic - the work is very emotional and at the same time documentary accurate and tough.
“It amazes the imagination and transports us to the fantastic world of Chilean nature, where millions of tourists dream of going and which is the treasure of the whole planet. I still dream of going on a trip to Latin America and Chile in particular and I put it off all the time. This idea at the level of a professional horror film shows me a terrible plastic future, in which we may find ourselves very soon. Unfortunately, even if I ever get to El Plomo Mountain, I will be met by grey plastic. And this is a global alert. We also have a similar problem in Ukraine. The Carpathians, the mountains that are our national pride and which attract a large number of tourists from all over Europe, are also gradually getting full of garbage, and their nature is losing its beauty.
“I like this intellectual visual provocation in the idea of The Nature of Plastic. A killing metaphor that, as in a duel, collides two titans - nature and plastic, living and dead. We love modern plastic civilization and neglect nature so much that we may soon find ourselves in a world of natural plastic. The work for Greenpeace has been done with real craft. It has a beauty and real powerful influence.”

Cheil WW Seoul
With 661 children in South Korea classified as ‘long-term missing’, it can be a challenge to keep their faces in the public’s consciousness. Cheil teamed up with the Korean National Police Agency, Korea Post and Hanjin Express for a project designed to raise awareness. They created parcel tape with the photos and details of the missing children. 630,000 packages sealed with Hope Tape were delivered across the nation.

BMB London
In the UK, Farrow & Ball is a paint brand known for its quirky pain colours (Mole’s Breath, anyone?) and beloved by aspirational home-owners keen to bring a bit of class to their walls. To demonstrate their wipe-clean emulsion, BMB turned to some much-needed comedy. 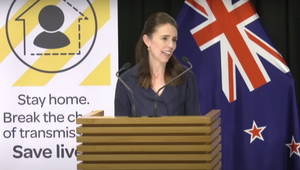