900 entries to initiative with the Bill & Melinda Gates Foundation 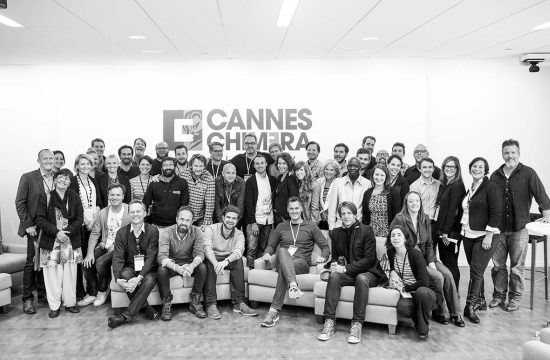 The third Cannes Chimera global communications challenge, answering to the competitive creative brief  ‘Help Lead the Fight Against Extreme Poverty’, has received a total of 900 entries from 79 different countries, more than half of which are from advertising and brand communication agencies.

The brief, set by Cannes Lions and the Bill & Melinda Gates Foundation, was launched during the 60th Cannes Lions International Festival of Creativity in June this year, with a bid for new communication concepts that can incite the public to support an emerging international agenda to ensure that extreme poverty is virtually eliminated by 2030.

“This is an outstanding response from our industry. I’m delighted to see such engagement for this latest Cannes Chimera challenge, showing how passionate people in our industry are to use their skills for the greater good. This is a chance to use the power of communicating creatively to change people’s behaviour that will have compelling consequences for humankind,” comments Philip Thomas, CEO of Lions Festivals.

Chimera members from 2011, 2012 and 2013 are now judging the first round of the 900 submissions. This will be followed by a second round of judging by only the 2013 Cannes Chimera, made up of winners of all the Cannes Lions 2013 Grand Prix awards, who will make the final selection of up to ten winners to each receive up to $100,000 (US) to take their concept to the next level.  The winning ideas will be announced early next year and those behind the ideas will go on to take part in a two-day workshop in March at the Bill & Melinda Gates Foundation campus in Seattle during which they will be mentored by the Cannes Chimera. Each winner will have the opportunity to apply for up to $1Million (US) to implement its idea in partnership with the Bill & Melinda Gates Foundation and its global partners.

“Amazingly, extreme poverty has been cut in half over the last 20 years, but the world has a lot more work to do,” says Tom Scott, Director of Global Brand & Innovation at the Bill & Melinda Gates Foundation. “We hope that one of the ideas coming out of this competition can help create the broad public awareness and the support that is needed to keep extreme poverty in the global spotlight and virtually eliminate it by 2030.”

Last month, the second Cannes Chimera two-day workshop took place in Seattle with the 2012 Chimera members working with the nine winners of the second “Aid is Working. Tell the World” communications challenge submitted in the four specific categories of Mobile, Data, Young Audiences and The Progress of Development, to brainstorm and perfect their ideas.

Commenting after the workshop, winner Gael Lescornec, member of the Coxwain team said, “Bridging two worlds to make the world a better place – wow! Thank you for making this happen. An unforgettable experience which makes the beginning of an exciting journey.”

“Big thinkers that push us both to the core of what we know and to visions of where we could go well beyond our dreams” added winner Liza Douglas of Plan International, Washington (USA).

“This is the art of collaboration. Skilled professionals working together to build, craft and grow great ideas. Respect and embrace the process and amazing things will come of it,” said Chimera member, Todd Hunter, Creative Executive of CAA Marketing (USA).

Philip Thomas, CEO of Lions Festivals comments, “We saw some ingenious ideas from agencies and NGOs that truly benefitted from the skills of the Chimera. Whilst these projects continue to develop, with the additional funding available, we very much look forward to seeing a few coming to fruition.”

The Cannes Chimera Initiative was launched by the Cannes Lions International Festival of Creativity, which brings together the global advertising and communications industry, and the Bill & Melinda Gates Foundation, the world’s largest philanthropic foundation, in an effort to generate communications ideas that motivate global audiences to support change and take actions that address critical development issues. The initiative issues a competitive brief to the creative community each year, at the Cannes International Festival of Creativity.

Sir John Hegarty on the Inner Workings of the Creative Mind
Sir Patrick Stewart Gives a Proper Leaving Speech in Latest Ad for Yorkshire Tea
Beer Brand Madrí Excepcional Takes You through Many Doors in First-Ever Campaign
Out of Office: Professional Creatives Rank Offices as Bottom of the List for Inspiration