Awards and Events 960 Add to collection 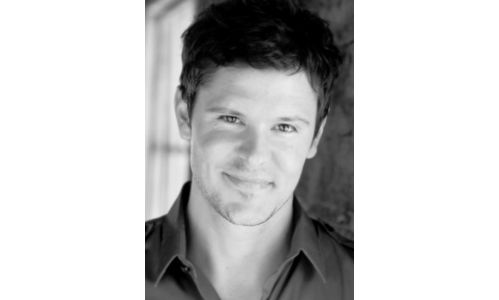 Last year's Saatchi & Saatchi New Directors' Showcase was pretty dark with its content. The films were beautiful, but dark. This year it's a bit more of a cheery place with more films like Tripp Crosby's hilarious 'Conference Call In Real Life'. LBB's Addison Capper caught up with him to talk comedic essentials and plans for the coming year.

LBB> You're included on this year's New Directors' Showcase reel - how does that feel?

TC> I wish I could somehow tell my 13 year old self.  Pretty sure he doesn’t know what Cannes is yet, but I do know he spent many hours dreaming of one day being recognised as a director.

TC> I grew up in the suburbs of Atlanta, GA.   I was usually the fourth best on my team (whatever the sport).  In high school I was social but not very popular.  One thing I could always do better than most of my friends was draw.   You would be amazed at how rarely that came in handy.

My fascination with filmmaking started early.  I made movies with my dad’s video camera as far back as I can remember, and I was the first person I ewto have video editing software on their giant 90s PC.  I’m not proud of how often I quoted Jim Carey movies between 1993 and 1997.

LBB> When did you first get into comedy and what drew you to it?

TC> I learned early on that making people laugh is the shortest route to getting attention.  As a teenager I was willing to do or say anything as long as there was more than a 1% chance at least one person would chuckle.  In college I started getting asked to act in people’s projects and host live events, so I started realising there might be something to it.   Professionally making people laugh is something I stumbled into in my 20s thanks to YouTube.

Before that no one ever told me that comedy was an actual career option.  And, I’m glad.  People who accidentally become comedians are usually more pleasant to be around than those who spend their whole lives trying to be comedians.   Though, I’m probably more annoying than I realise.

LBB> Where did you meet your long-time partner Tyler Stanton?

TC> We went to high school together, but we weren’t really friends.  I was (and still am) two years older, so we had different friends growing up.  Then, the stars aligned.  I was in college, and Tyler was still in high school which meant that I got to be his camp counsellor at a church camp one summer.  You heard me.   After college we both returned to our home town, became friends, and started making funny videos with our spare time.

LBB> What kind of experiences inspired 'A Conference Call in Real Life'?

TC> I can’t believe this is a question. There’s no way anyone is wondering.

LBB> And what are your fundamental building blocks for crafting the perfect comedy?

LBB> Who are your creative heroes? Within comedy and out of it…

TC> Of course, we have always looked up to The Lonely Island. There was a time when they were one of the only other groups we knew of making comedic shorts on YouTube.   Then, they got swooped up by SNL, and we didn’t.   It could be argued that they invented a genre of comedy.

One of my heroes is Jeff Foxworthy.  Totally different style than us, but I admire his ability to hit a wide audience with his jokes.  He’s the best selling comedian of all time, a brilliant entrepreneur,  and more than anything I admire the kind of person he is off stage.  We’ve become friends over the years, and I enjoy watching the way he lives as a husband, father, and influencer in his community.

Michael Ian Black, Ricky Gervais, Demetri Martin, Tim and Eric… Though, no one makes me laugh harder than my own dad.

LBB> Outside of your role in Tripp and Tyler, what do you like to get up to?

TC> I travel around a lot to emcee corporate events.  It’s a weird career path, but I love it.  And, making sober business people laugh at 8am is great practice.   Sometimes I do real standup too.  I also own a production company in Atlanta, and I stay pretty busy leading that team.  We produce commercials, corporate videos, and lots of Tripp and Tyler sketches.

LBB> What does the next year hold for you personally, and Tripp and Tyler as a pair?

TC> Just a few months ago I got married, and my wife Hannah and I moved to LA.  So, my life is more different this year than it’s ever been.  I plan on writing more, directing more, and acting more.  I’m sure I’ll audition for a few television and film roles.  But ideally I’ll be acting in stuff that Tyler and I create.  We are currently working on a feature, but it’s hard to say if that will happen within the next year.

The only definites this year are more YouTube sketches, and we’re really excited about our first book that we are releasing in the fall called, Stuff You Should Know about Stuff.  It’s about how to properly behave in very specific situations.  Tyler wrote most of it.