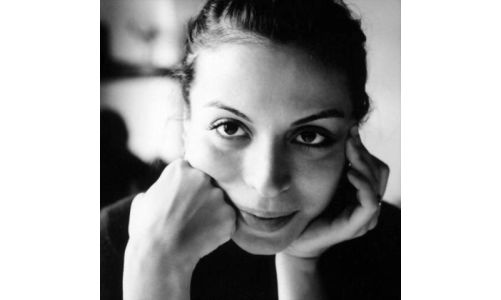 You've all seen it. It's one of this year's biggest viral successes - and it's that fact that makes director Tatia Pilieva think we might all be hopeless romantics. 'First Kiss', which was shot in collaboration with Los Angeles-based clothing brand Wren, features 20 strangers making out for the first time. The striking realness of the spot spurred the world to watch it more than 84 million time on YouTube, and it's just been featured in this year's Saatchi & Saatchi New Directors' Showcase. Tatia told Addison Capper how a folder on her computer inspired one of this year's most watched online films.

LBB> How does it feel to be included in this year's New Directors' Showcase?

TP> I feel very fortunate to be included among so much great talent.

LBB> Tell us a bit about yourself - where did you grow up and what kind of kid were you?

TP> I was born and raised in the Republic of Georgia and moved to New York City during high school. Going from post Soviet Georgia to wild New York had a huge impact on my life and defined me as a young adult.

TP> The inspiration came from a folder on my laptop entitled 'KISSES', which consists of short videos of my husband, Andre, and I kissing in different places over the last few years. Some are underwater, some in hurricane like winds in Joshua Tree, others in bed while on the phone with the post office trying to track down a lost passport. They always cheer me up so I decided perhaps others would enjoy watching a kissing film, especially if they were first kisses.

LBB> What kind of conversations did you have with the strangers prior to shooting? How did it differ from a more conventional shoot?

TP> I tried to make them as comfortable as possible. Knowing they were all nervous about it, I felt the need to distract them prior to the shoot. During filming, I was right there with them, not hiding behind monitors.  We rolled cameras before they even stepped on set, before they realised we were filming.

LBB> And how difficult was it to get people involved? How did you source them?

TP> I reached out to my friends, and friends of friends, especially single ones to see if they'd be up for kissing a stranger. Melissa Coker, the founder of Wren, reached out to her friends as well.

LBB> What affect did producing First Kiss have on you personally?

TP> I was surprised and moved by the humanity of the kissers. They were so kind to one another.

LBB> The film was viewed nearly 600,000 times in one day, and now has 84 million views on YouTube - why do you think the public were drawn to watch and share it so much?

TP> Perhaps we are all hopeless romantics - united in our search for love.

LBB> And how has your life changed since its release?

TP> First Kiss has opened up a lot of doors for me and created interesting opportunities.

LBB> The film spurred numerous parodies - do you have a favourite?

TP> I'm very excited to be collaborating with Showtime and Masters of Sex on a new film, which I'm shooting next week. I've also been concentrating on my feature films and hope to shoot the next one in Greece this fall.