Canal+ Is Eurobest Advertiser of the Year 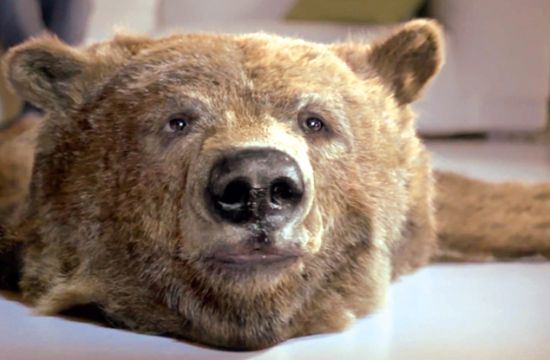 Eurobest, Europe’s largest and leading Awards and Festival championing creative excellence in advertising and communications, is set to recognise the outstanding creative brand marketing of the leading French broadcasting company, Canal+, with the Eurobest Advertiser of the Year 2013 award.

The honour is presented to advertisers born out of Europe who have distinguished themselves for inspiring innovative marketing of their products and who embrace and encourage the creative work produced by their agencies.

In recent years, working with their agency BETC in Paris, Canal+ have won two Eurobest Grands Prix, five Golds, two Silvers and four Bronze awards. The first Grand Prix, in the TV/Cinema category, was awarded in 2009 for ‘The Closet’; the second Grand Prix was won in the Film Craft category in 2012 for ‘The Bear’.

“Combining humour, originality and great storytelling, Canal+ has managed to perfectly portray the essence of their brand through their marketing endeavours,” says Terry Savage, Chairman of Lions Festivals. “With creative bravery being the theme of Eurobest 2013, we congratulate Canal+ for being consistently courageous with their communications and we look forward to presenting them with this well-deserved accolade.”

The award will be presented to Alice Holzman, Vice President Marketing and Sales of Canal+ during the Eurobest Awards on 6 December in Lisbon.  Commenting on the honour, Alice Holzman says, “When an expert in storytelling like CANAL+ meets a creativity lover like BETC and they both have high standards, it leads to brave and smart campaigns, in perfect synergy with the content of the channel.”

Launched in 1984, Canal+ Group is at the forefront in providing premium-content and themed networks – cinema, sports, news, drama, documentaries and entertainment - and is the country’s top multi-channel bundling and distribution platform for pay TV offerings.  Taking into account its international activities in Africa, Poland and Vietnam, the group has a total subscriber base of 14.3 million. Also a benchmark player in free-to-air television broadcasting, Canal+ Group has three national channels and an advertising sales division. Through its subsidiary STUDIOCANAL, Canal+ Group is, in addition, a European leader in motion picture production and distribution.

For information on Eurobest or to register to attend, please visit www.eurobest.com. Eurobest will take place 4-6 December in Lisbon, Portugal.