Canal+ Can't Quite Tell You What It's Announcing 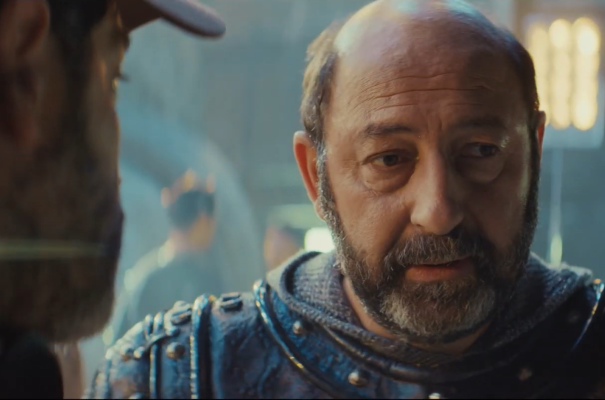 BETC has released a 3-episode drama for CANAL+, taking place behind the scenes of an ad shoot for the French broadcaster

The first episode announces that CANAL+ is now available for streaming, just like the entertainment platform Netflix (although it would, of course, be legally impossible to mention Netflix in a CANAL+ ad!). It takes place during an action filled shoot where the director struggles to explain to famous French actor Kad Merad (star of CANAL+ series Baron Noir/Republican Gangsters) that he needs to announce the new streaming offer without saying the word “Netflix”. As a result, the ad is filled with the familiar censoring beeeep.

You can check out the first episode below:

In the second episode, we witness a family dinner where each person has a different reaction to the incomprehensible and absurd new CANAL+ “beep” ad.

You can check out the second ad below:

However, after shooting the first two campaigns, CANAL+ signed a partnership with Netflix, which will be announced on the 15th of October. True story. Thanks to the partnership, CANAL+ subscribers will now have access to the entire Netflix catalogue on top of the existing CANAL+ TV shows, sport and cinema offers.

As a result, BETC had no choice but to shoot a third episode, this time to announce the partnership. Since things are now official, it is OK for Kad to mention Netflix in the final film. However, the director hasn’t briefed him properly before the shoot and he completely loses the plot as he finds himself surrounded by décor and actors from Netflix classics like Stranger Things, Orange is the New Black and Casa del Papel, in what he believes to be a pure CANAL+ ad.

You can check out the third and final spot below:

BETC and CANAL+ have worked together for over 15 years, a partnership that has borne fruit in the form of epic ads like The Closet, The March of The Emperor, The Bear and The Idea. BETC’s Stéphane Xiberras’ whacky yet craft-obsessed creative direction shines through in every detail in this new saga for the historic French broadcaster.

The first two episodes were aired on French TV last month and the third and final episode comes out today, 15th of October, marking the new partnership between CANAL+ and Netflix.