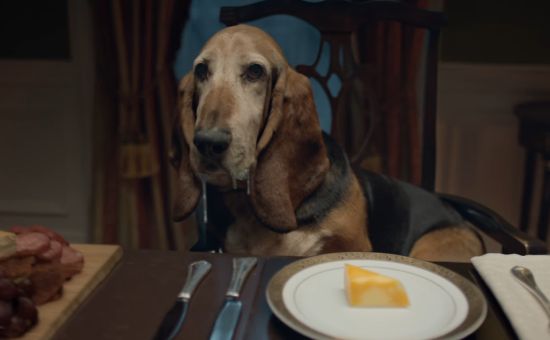 Sick Kids Cossette continue their powerful relationship with Sick Kids with a rousing, anthemic spot that we all love.

And here’s a cheeky making-of film.

In the run up to the US election, many Americans were threatening to leave for Canada. So Air Canada and J. Walter Thompson invited them for a test drive. Lol.

A bus shelter, a colour sensor and a bustling street et voila! A smart bit of inspiration for your interior design by Sid Lee Montreal for Réno-Dépôt.

Sometimes it is worth crying over spilt milk, as this spot for Dairy Farmers of Canada by DDB Canada and OPC director Matt Devine illustrates.

To highlight the ‘Pink Tax’, BBDO Toronto and Girl Talk set out to wind up female coffee drinkers. It worked.

“Poverty Isn’t Always Easy to See. Especially During the Holidays”

Grey Toronto continued its innovative work for the Salvation Army with a startling project this Christmas that made surprising use of Facebook 360.

Encouraging fathers to talk to sons about consent and boundaries in the wake of the Stanford rape case. And important message by J. Walter Thompson.

The One That Got Away

Soft Citizen director Yael Staav wrong foots the viewer in this spot for Interval House through Union Toronto. We don’t want to spoil it, but we didn’t see that coming.

Sid Lee Montreal's Transat campaign is positively dreamy. Directed by Les Enfants, it's the visual equivalent of a warm bath, awash with candle light and whimsy. And it's convinced us that we need a holiday so definitely onto something.

Canadians have a reputation for being super polite – but the reality is a bit different. This Hotels.com project from J. Walter Thompson makes the most of Canadian potty mouths.

Day of the Dead

Get the Monkey Off Your Back

Does it say too much about our collective state of mind that we relate to this spot way too much? And we finished college years ago. Great stuff from Cossette and Soft Citizen directors The Perlorian Brothers.

DDB Canada has been running online cartoon series Snack Time for two years, over 75 episodes… and it’s still going strong, with a massive following. Here are a couple of recent episodes.

The Views Are Different Here

Billed as ‘Canada’s Downtown’, Toronto shows its best side in this campaign from J. Walter Thompson.

BBDO Toronto tugs at the heart strings with this devastating yet simple film for stationery store Take Note.

We’re loving directing collective Aircastle at the moment. And this new spot for Union Creative quite simply rocks.

BBDO Toronto helped push Paralympics viewership to an all time high in Canada with this surprising set of fitness videos.

This project from Ogilvy & Mather isn’t new but it’s just won the Grand Prix at this year’s Cassies, the Canadian effectiveness awards run by the ICA. It resulted in a bump in Huggies sales of 20% and has also transferred to the US.