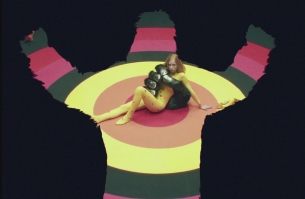 Directing collective CANADA has released a new video for Tame Impala’s latest single, The Less I Know The Better, taken from the band’s third album, Currents.

The videos’ sumptuous, trippy visuals are inspired by the language of psychedelic art and the book Electrical Banana by Norman Hathaway and Dan Nadel. Mixing live action with hand-drawn animation and visual effects, the story takes a sharp turn for the surreal, merging eroticism and basketball together through CANADA’s classic irony-tinted lenses.

CANADA co-director, Lope Serrano, says of their creative approach: "The first thought that came to our mind was to do something colourful and sexy. Pretty close to the psychedelic spirit of the band. Allen Jones, Guy Peellaert and the book Electrical Banana were the first references we wanted to evoke. Pouring paint on an invisible body is maybe the best way to visualize this first insight.

"After these first inputs came the character’s playground, the need of a human map where this formal approach could happen. We like to draw and some of our drawings are a mix between soft eroticism and basketball. We not sure exactly why, but we like this aesthetic coexistence. The narrative pretext came from this source: a love triangle between a basketball player, a cheerleader and the team’s mascot, an apeman called Trevor. Obviously, we were working through the lyrics of the song at this stage.

"Even though the narrative side is not the heaviest part of our proposal (and the music video code often invites you to a pleasant narrative disconnection) we were interested on establishing, at least, a stream of interest between the characters: he loves her but she prefers another one, so, as the title says, the less this guy knows about her and him, the better. Which is something quite difficult when precisely you’re aware of it.

"The point of view of the song, however, seems to take the drama out of the issue. So, balancing the whole thing, we hope that the final work, ironic, colourful and hairy, wins the battle of being interesting beyond the plot line."

Hair and Make Up: Ana Cano

Song: The Less I know The Better 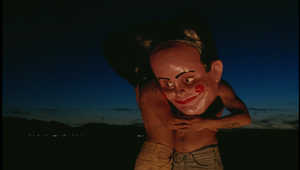 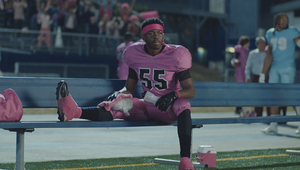 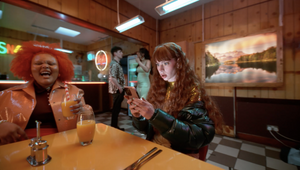