Can You Tell the Difference Between a Real and Fake Review?

Consumer watchdog Which? launches online and out of home campaign created by Grey London 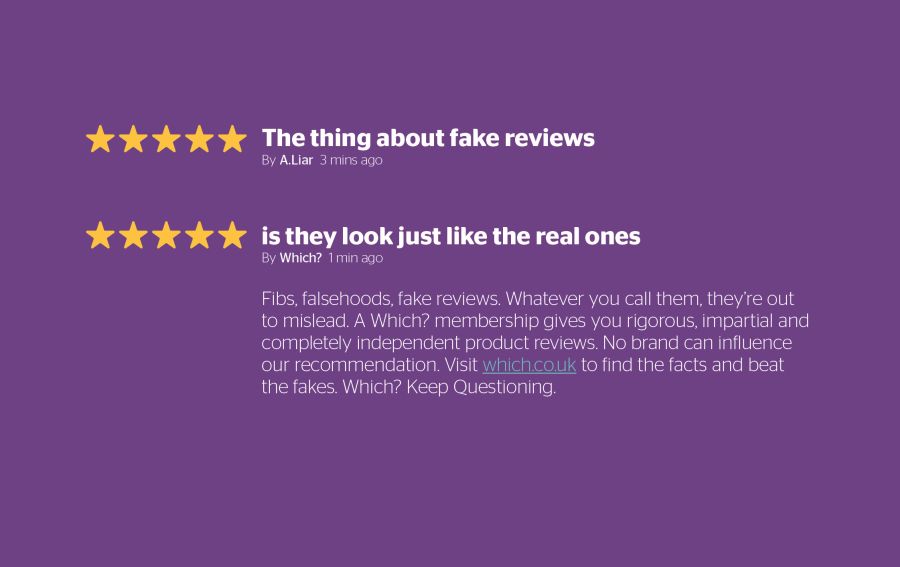 Grey London has developed a major campaign for consumer watchdog Which? breaking online and OOH around London’s most popular train and tube stations this week.

Grey London’s brief was to communicate the message that Which? product reviews are worth subscribing to in a world in which you can get reviews for free - whilst also positioning the brand as modern, relevant and appealing to a younger audience.

As well as OOH, the campaign involves a print partnership with the Evening Standard as well as a radio partnership with LBC/Global. This is complemented by digital display – programmatic banners and online AV and social elements on Facebook and Instagram. There will also be an editorial investigation into fake reviews published online and in the Which? magazine.

The campaign will run across the UK but London is the focus of the majority of the £1m+ spend. Comms planning was handled by Craft Media and media planning by MC&C.

Creative director at Grey London Nick Rowland said: “Today, consumer trust in governments, in business and in the journalism that holds this to account is more in question than ever. ‘Fake news’, ‘alternative facts’ and even ‘fake reviews’ have created a world in which consumers are finding it harder to know where to turn for information they can trust.  Which? stands apart as a completely impartial, independent organisation. No brand can influence a Which? recommendation. No brand can avoid the rigour of a Which? product test.”

Sarah Threadgould, chief marketing officer at Which? added “Our latest campaign is backed by our investigation, which found that fake reviews are misleading consumers and potentially purchasing products which don’t live up the expectations set. This campaign highlights the important role Which? plays in this environment, by helping consumers find the facts they need to make the best choices for them.”

The campaign brings to life the issue of fake reviews by highlighting the tactics of fake reviewers - such as posting multiple reviews on the same day or trying to discredit competitors - ultimately pointing to Which? subscription as a way to avoid them.