Can You Spot the Sweary Cinema References in This Profanity-filled Film? 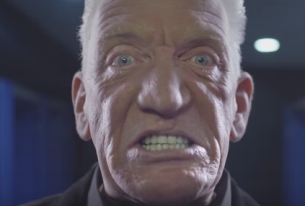 Following the recent Save Curzon Soho film treatment competition in co-operation with Shooting People, Curzon is delighted to unveil the Curse for Curzon short film made with independent filmmakers Ragged Crow.

The film will screen before features at Curzon Soho and encourages viewers to sign the online petition to Save Curzon Soho and to make their own short movie curse videos in response using the hashtag #CurseForCurzon.

Irene Musumeci, Curzon Marketing Manager has said: “We are extremely excited to present our Curse for Curzon film to audiences and cinema supporters. Working with Ragged Crow has been a wonderful experience and one that we hope will raise lots of awareness to the Save Soho and Save Curzon Soho cause. Curzon continues in its aim to support new filmmaking talent and increase audiences for independent cinema.”

Ed Edwards, Ragged Crow Film Director has said: “The Curzon Soho is a gem of an Independent Cinema and I was outraged when I heard about the threatened closure. Hopefully this film can raise awareness and channel anger towards saving it.”

Carole Humphrey, Founder at Grand Central Sound Studios who worked on the film has said: "Grand Central wholeheartedly supports the battle to save Curzon Soho and are pleased to have been able to contribute to the campaign by sound designing and mixing their online and cinema film, Curse for Curzon. I wish that 2016 should be a year where Save Soho, Soho Society and the WCC funded Soho Create would stop locking horns and join forces to prevent Soho from becoming further dumbed down."