The Corner challenges you to #FindFlavour using Instagram's image filters 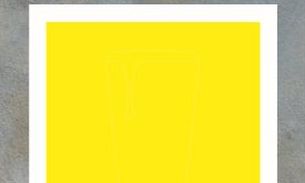 Fuller’s today debuts the latest campaign for its craft lager brand Frontier in the first social media campaign of its kind, created by advertising agency The Corner. Bringing OOH and social uniquely together for #FindFlavour, fans are invited to take pictures of ‘blank posters’ and reveal hidden messages using Instagram’s image filters to be in with a chance of winning a prize.

The fly-posters, illustrated by renowned design duo Crispin Finn, each have an image or message subtly embedded into the artwork but appear as block colour to the naked eye. The image is headlined by Frontier’s ‘Find Flavour’ slogan, with a call to action outlining the steps to take to enter the competition.

Since its launch two years ago, Frontier has attracted a large following and is now Fuller’s second biggest brand in the UK, behind London Pride. Fuller’s is continuing to target an East London audience, renowned for trying new beverages and exploring new flavours, with the launch of the new #FindFlavour campaign. 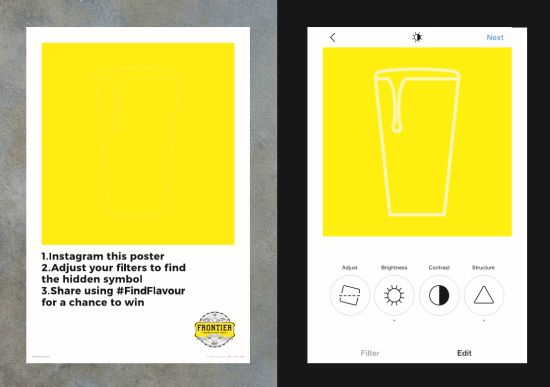 The media buy, handled by UM, includes 4-sheet flyposting sites from Monday 10th October for two weeks around the streets of Hackney and East London.

Jane Jones, Head of Marketing at Fuller’s, said: “Our latest wave of the ‘Find Flavour’ campaign directly interacts with our curious Frontier fans who we know love exploring new experiences and tastes. The Corner has created an ingenious execution which combines social media with the real world to reflect the fun and adventurous elements of the Frontier experience.”

Tom Ewart, founding partner at The Corner said: “Frontier lager’s distinct flavour comes from the unique blend of old world malt and new world hops, so it’s fitting that our new campaign uses one of the oldest mediums (press) and one of the newest (Instagram) to bring the #FindFlavour platform to life for Londoners.”

Anna and Roger, aka duo Crispin Finn, said: “We’re delighted to have contributed to the #FindFlavour campaign with Fuller’s. We really liked the unique concept of a print campaign genuinely interacting with social media in a new and novel way.”