Can You Make It to the End of this Intense National Autistic Society Spot? 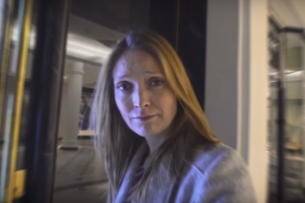 Director Josh Trigg’s first shoot for Great Guns is a powerful film for The National Autistic Society through London based agency Don’t Panic.  The film titled “Can you make it to the end?”  will launch NAS' new campaign 'Too Much Information' and stars autistic actor Alex Marshall.

In ‘Can you make it to the end?’ Josh has delivered a film that puts the viewer into the shoes of a small boy living with autism and lets them experience the world through his eyes during a simple trip to a seemingly ordinary shopping center. Developed in collaboration with the autistic community and designed to give viewers a greater understanding of what autism looks and feels like, the film aims to bridge the gap between the number of people who’ve heard of autism and the number of people who really understand what it is and what it can feel like for some people.

To achieve this, the film focuses on a key issue for many autistic people, sensory sensitivity.

“Most ‘neurotypical’ people have a filter between themselves and the world, one that allows them to choose which sounds to listen to or which visual stimuli to focus on,” explains Richard Beer, Creative Director of Don’t Panic. “It’s how you can have a coherent conversation with someone in a room full of loud music, clinking glasses and people talking over each other. Many autistic people lack this filter: their senses can be overwhelmed by the number, volume and intensity of the tactile, visual and auditory stimuli around them. Even a seemingly innocuous situation can contain too much information. We wanted to challenge viewers to experience 90 seconds in a familiar location like they’d never experienced before. And, perhaps, understand a little better what it’s like to have this sensory sensitivity next time they see someone struggling to cope.”

Josh comments: "The challenge with this film was bridging the gap between people with autism and people without autism, and making sure that it came across as relatable and true. Casting played a very important role in the film and being able to cast Alex, who is on the spectrum, and could relate to everything we were trying to convey really took the film up a notch.’

World Autism Awareness Week: ‘Can you make it to the end?’ and the TMI campaign launch on the eve of World Autism Awareness week and will be featured on BBC Breakfast on the 1st April and in The Guardian (both in print and online) as exclusive content. From the 2nd- 9th April a 30 second version of the film will also be shown at Empire cinemas across the country.