Can You Keep Up With This Wickedly Fast-paced Honda Spot from W+K London?

Editors’ Choice: Thrilling speed-read test from FRIEND’s ManvsMachine pushes you past your limits 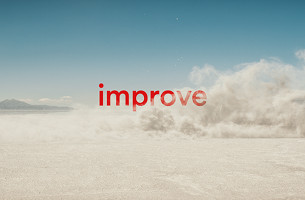 Wieden+Kennedy London has launched a new campaign for Honda UK that challenges viewers to echo the brand’s thirst for relentless improvement by pushing themselves to new limits.

Rather than just telling the story of Honda’s pioneering spirit and commitment to progress, the campaign challenges viewers’ reading speed, allowing them to feel the joy of improvement for themselves. A manifesto is delivered one word at a time, with the pace increasing throughout the film, intercut with glimpses of the new Honda fleet, which are all born from the company’s challenging spirit.

A 40” TV spot from directed by Man Vs Machine, which will air on Sky Sports on Thursday 19th February during the UEFA Europa League match between Liverpool vs Beşiktaş, invites viewers to “keep up” with a message on screen, becoming increasingly difficult as the pace of the words increases to a crescendo. At approximately 500 words per minute, the fast-paced message proves that everyone is capable of achieving more than they initially thought. The energetic soundtrack, composed by Wah Wah with sound design by Factory, was created to further encourage the viewer to keep up.

Viewers are challenged to push themselves even further online through shorter – and even faster – executions of the film, and in cinemas, custom film-themed ads will run in partnership with Pearl & Dean.

Martin Moll, Honda Motor Europe Head of Marketing said “Since day one, Honda has been fuelled by a relentless desire for improvement and constant drive for innovation. This year is a special one, with the launch of several key new products. With this campaign, we wanted to bring this to life in a way that our consumers could really engage with, by experiencing the feeling for themselves.”

Olivia Dunn, Honda UK, Head of Marketing commented “Normal speech is on average 120 words per minute, viewers will need to read at speeds up to 1000 words per minute in our faster shorter online films, which is definitely going to be a challenge whilst at the same time being fun.  These films echo the Honda ethos in all areas of business: challenging and pushing boundaries whilst being fun - the elements required to design and build the exciting new Honda product line-up for 2015.”

Scott Dungate, Creative Director at W+K London says “When you push and push yourself and reach a new level, it feels good. We wanted to give people that same feeling when they read our manifesto about Honda’s relentless improvement. So we challenged them to ‘keep up.’“