Can You Guess Which of These Films Was Made by a Machine? 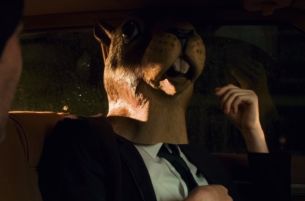 On Thursday 23 June at 11am, Saatchi & Saatchi premiered the 26th edition of the annual New Directors’ Showcase (NDS) at the Lumière Theatre in Cannes, to an audience of more than 2,300 Cannes Lions delegates.

This year the Showreel features 20 directors, including one Artificial Intelligence (AI)director.  The question is whether the audience are able identify the AI film, which was created through a collaboration between Saatchi & Saatchi, Team One and Zoic Labs in Los Angeles.

The 2016 Showreel features an international selection of directors hailing from Chile, Israel, Poland, The Netherlands, UK and USA.
Intense subject matter and dedication to craft feature strongly in this year’s NDS Showreel, with genres including horror, animation, drama, and music promos, with a smattering of humour.
Andy Gulliman, NDS Curator and Producer, and Director of Film & Content, Saatchi & Saatchi, commented: “There’s an abundance of craft and different techniques on the NDS 2016 reel; from Claymation to full on AI, beautiful cinematography and amazing narratives.  What’s amazing this year is there are more directors not represented by production companies than any previous year.  This year it was harder to find the humour we’ve recognised in previous years.  In 2016 dedication to craft outweighs laughs.”

James Burns | We Live This

Three female directors are featured this year; Reed Morano, Caroline Bartleet and Dorota Kobiela.  There are noticeably fewer commercials on the 2016 Showreel – Reed Morano’s thought-provoking ‘How do you see me’ film for Coordown, which stars Hollywood actress Olivia Wilde, and the Layzell Bros humourous ‘Shoplifters’ ad for Harvey Nichols.

American director Connor Hurley wrote, produced, directed and starred in a beautifully cinematic music video ‘El Perro del Mar’ for In The Woods.  Hurley is currently gearing up to produce a feature film about the US prison system.

British actress and director Caroline Bartleet won the 2016 Best British Short Film BAFTA for her tense 7-minute short film ‘Operator’.  Bartleet based the script on a real life 999 call, which inspired her to make the film, which reveals the incredible composure of emergency services operators during crises.  Another powerful short is ‘We Live This’, a documentary directed by James Burns (USA), which follows the lives of 4 young boys from the projects in New York.  The NDS Showreel features an excerpt from the short.   Burns has an incredible life story, he spent time in solitary confinement at age six, and was later incarcerated at an adult facility in Colorado when he was still a minor, spending years in the criminal justice system. After his release his formative years where the subject of a feature film ‘Jamesy Boy’.

Reed Morano | Coordown 'How Do You See Me?'

The AI director featured in the 2016 Showreel goes under the pseudonym of Anni Mathison, and the result of the experiment commissioned by Saatchi & Saatchi and Team One is a short film named “Eclipse,” conceived, edited and directed by machines.

The short film debuts on the anniversary of scientist Alan Mathison Turing’s birth on 23 June 1912. Turing was the first to ask the question, “Can machines think?”, which then leads immediately to the question can machines be creative?

“Eclipse” uses several technologies in a never-before-seen combination to create the film from start to finish:

Behind the scenes - Anni Mathison | Eclipse 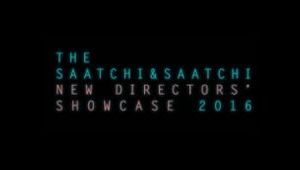 Can a Film Made by Machines Move You?
View all News