Can You Fuel a Car with Lemonade? Droga5 NY & Toyota Find Out 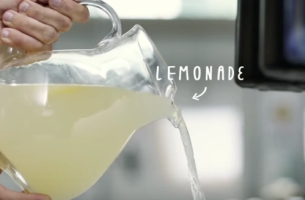 In April, Toyota launched a film demonstrating the possibilities of hydrogen by using cow manure to fuel the Toyota’s first hydrogen fuel cell vehicle, the Mirai. The result was a video titled, “Fueled By Bullsh*t,” which was the first episode of Toyota’s Fueled By Everything series, created in partnership with Droga5. Two months later, we launched “Fueled by Oil Creek,” a film that showed Toyota finding hydrogen in the birthplace of America’s oil industry, Titusville, Pennsylvania.

Today, Toyota has launched the third iteration of the “Fueled by Everything” series, “Fueled by Lemonade.” That’s right--lemonade. And it’s only right that film launched today as it’s National Lemonade Day!

Hosted by comedian and actress Nikki Glaser, the film is a tongue-in-cheek exposé on the crisis facing the lemonade stand industry in the dog days of summer, in which Nikki visits a neighborhood to interview some struggling young entrepreneurs about their business problems. Nikki educates the kids on the potential of using excess resources (just like their leftover lemonade) to create hydrogen fuel before opening up negotiations with them to buy their surplus stock. The film was also directed by filmmaker, JJ Adler whose work was previously selected at Sundance Film Festival.