Can You Catch All the References in This Vodafone Spot? 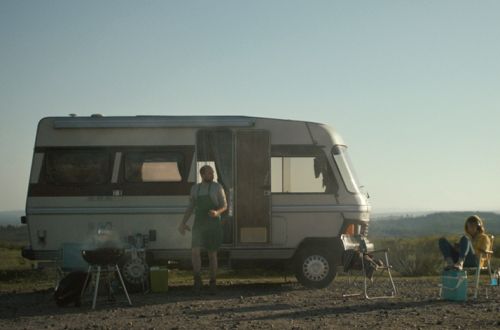 Vodafone is releasing a humorous new campaign in its 4G content series, which shows the influence of film and drama in our lives.

The campaign, by Rainey Kelly Campbell Roalfe/Y&R, is the third installment of the Vodafone’s 4G campaign. It promotes the network’s new partnership with Netflix, and follows on from the Sky and Spotify ads earlier in the year. It breaks on the 3rd of July.

A social media campaign, which will run alongside the TV on Twitter and Facebook, will ask people to spot the visual clues for each film throughout the spot, and will invite viewers to recreate some of the scenes themselves.

The campaign was created by Mike Insley and Harry Stanford, with Mick Mahoney as Creative Director. It was directed by Kim Gehrig through Somesuch & Co.

Rupert Williams, MD of RKCR/Y&R, says : ”Vodafone's partnership with Sky Sports, Spotify and now Netflix, puts entertainment at the heart of its 4G offering and we were very keen to capture the essence of that entertainment across the whole 4G campaign. "

Adds: Daryl Fielding, Vodafone’s Director of Brand Marketing: ”4G really comes into its own with video streaming. Including 6 months Netflix with our Red 4G plans gives our customers a great video experience.”

Vodafone added new promotional partner Netflix in May this year, enabling customers to get even more out of the 4G mobile and the entertainment that comes as part of the Red 4G plan.