Can This Pen Help Climate Change?

The Sustainability Channel 445 Add to collection 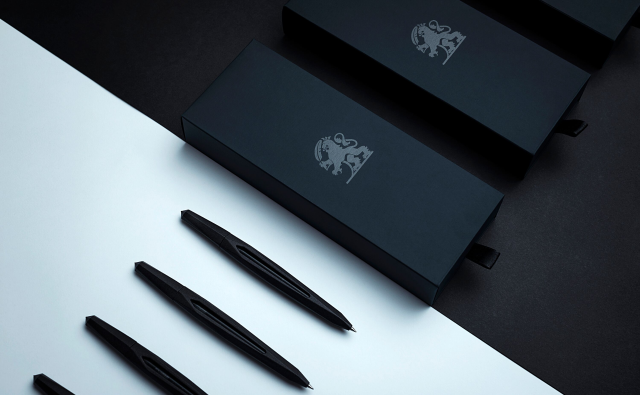 With the hottest July of recorded history behind us, Finnish news media Helsingin Sanomat has created a bespoke gift pen with carbon dioxide ink and given it to G20 leaders as a call for climate action. The news media wishes to highlight the importance of political decisions in tackling climate change and encourage policymakers to act. Climate change is expected to be high up on the world leaders’ agenda right now, as they gather next week to discuss concrete plans to move forward with the Paris Agreement in the UN Climate Action Summit.

“While our main responsibility is to primarily report on pressing matters like climate change, it seems that climate coverage has so far moved individuals more than decision-makers. We hope this gift will remind policy makers of their responsibility. As journalists we know first-hand that a pen can be a powerful tool in changing the world,” says Kaius Niemi, senior editor-in-chief of Helsingin Sanomat.

The carbon dioxide ink was produced in collaboration with VTT Technical Research Centre of Finland Ltd – a research, development, and innovation company operating under the mandate of Finland’s Ministry of Employment and the Economy. The company was responsible for transforming carbon dioxide into carbon black, the ink’s key ingredient.

“By subjecting the carbon dioxide molecules to enough heat, we are able to decompose them back to carbon and oxygen atoms. That leaves us with carbon black which can then be used as colour pigment in the ink, says VTT principal scientist Pekka Simell.

Carbon dioxide, CO2, is the most significant greenhouse gas produced by humans. The Intergovernmental Panel on Climate Change (IPCC) has concluded it to have accelerated climate change with over a 95 % probability. Over the last four decades the carbon dioxide emissions have grown by 90 %. The National Oceanic and Atmospheric Administration estimates that carbon dioxide alone is responsible for 80 % of global warming.

In addition to its unusual ink, the pen – titled “The Climate Pen” – aims to remind of carbon emissions by its appearance. The black, angular metal body draws its inspiration from graphite. The unconventional design has been achieved by 3-D printing the bodies from recycled aluminum and finishing them manually. The entire production process has taken place in Finland and the carbon emissions related to the manufacturing of the pen have been compensated through Nordic Offset.