Can this Film Tempt You To Vacation in North Korea? 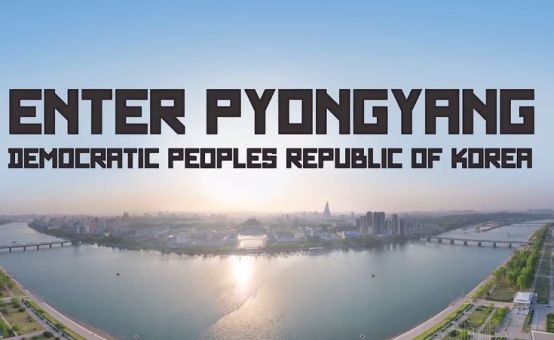 If any city needs a bit of help re-branding, it’s surely Pyongyang, jewel in the crown (if you get crowns in communist republics - on reflection you probably don't) of the Democratic People’s Republic of Korea.

City branding expert JT Singh has teamed up with North Korean tour group Koryo Tours and ‘flow-motion’ videographer Rob Whitworth to create a surprisingly stunning time-lapse film of the city. The film also uses digital animation and slow-motion shots to create a journey that zooms over the rooftops and underground, onto public transport and into the skies.

Visitors to the country are kept on a notoriously tight leash, but the team involved in making the film say they were allowed a degree of freedom. “We were closely assisted by two guides from the National Tourism Administration, who helped us gain special access to locations and made sure that we followed all the rules. As is standard for all foreign visitors to the country, we were not allowed to shoot any construction sites, undeveloped locations or military personnel. Other than that we were given relatively free reign.”

The filmmakers also say that the video is not a piece of propaganda and is intended to neither support nor denigrate the North Korean government. “’Enter Pyongyang’ is an observational film. At no point did Koryo Tours or we have to pretend to be supporters of the DPRK Government or their philosophy in order to be granted permission to shoot this film. Amazingly, we were given complete editorial control in the making of this piece,” they said.

The film is limited to the country’s capital city and, while the team may face accusations that it does not show the ‘real’ North Korea, they argue that the film is an accurate reflection of the city and acknowledge that Pyongyang is more modern than other, more rural areas. “The average visitor to Pyongyang is likely to be surprised by the scenes they encounter and are especially surprised about how clean and orderly the city actually is. Indeed, people living in Pyongyang and other major cities enjoy a higher quality of life than those in other parts of the country.”

In a foreword to the film, Dr. Parag Khanna, Director of Hybrid Reality (a ‘geostrategic advisory firm’) argues that the film depicts a growing ‘dynamism’ and renewed energy in a city which has remains stagnant for decades. “This video is the single most significant multi-­media contribution to transcending clichés about North Korea as a society defined by reclusiveness and destitution. To travel there is to witness a proud civilization, though one caught in a Cold War time-warp,” he says.

With the bright yellow DHL vans and kids zooming about on roller blades, the film certainly reveals some unexpected aspects of the city, but would it be enough to persuade you to change your holiday plans?