Can Sound Be Sexy in Advertising? 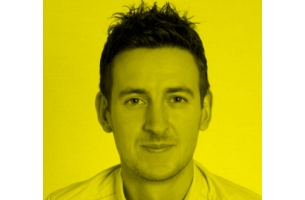 When I was just a lonely assistant engineer working in a cold, dark, cramped machine room, I took a call from a producer who needed a music search for an upcoming advertisement. I always enjoyed music searches so I asked for the brief. She replied; ‘sexy’.

‘This is awkward,’ I think to myself.

Fast forward and I’m about to hit the record button with my right hand, talkback ready to push with my left hand. I’m concentrating on the task but I’m also having one of those weird moments where you can’t really believe you are in this situation. In the recording booth is a well-known actress; the lights are off and her gaze is aimed at a screen away from me. I’m located on the other side of a glass wall, four of the production team have been sent out into the hallway and the director and a creative are sat behind me.

‘This is awkward,’ I think to myself.

The common denominator of these two ‘awkward’ moments? Sex, or rather, the sound of sex.

So what is the sound of sex? In the second example, the sound of sex is made up of several layers of sounds. As sound designers, if we are required to create one of these scenes, fortunately or unfortunately (depending on your nature), we can’t really get two people in the booth to just ‘go at it’. One reason is health and safety. The other is simply the fact that they probably wouldn’t perform up to the ‘standard’ required, so we as engineers cheat it with multiple layers of recordings and sound effects. There might be an ‘atmosphere layer’, ‘movement layer’, ‘breathing layer’, ‘whips layer’, ‘kissing layer’, more vocal layer and so forth.

Most people might say if you want sexy, use some Marvin Gaye or Rod Stewart, maybe even a bit of R Kelly, D’Angelo or The Weekend. It depends on the target audience, right? Not necessarily. Looking at the sound and music on some of the jobs we have worked on over the last years here at GCRS, the opposite is often true.

In many cases, it ends up with a sound that isn’t what most people would instantly categorise as sexy. The sound design is fairly natural. You could say they are more funny than sexy, and that the visuals play on the energy of the soundtrack or vice versa. You could even say that these ideas are more creative in essence because of this (I can’t really comment on that but you have to admit, the sexuality of commercials is not in your face even if the amount of flesh is).

A quick Google search of ‘sexy TV ads’ brings up a huge amount of direct sexual advertising, often from foreign territories and online content. It makes you think that maybe the British market is not so welcoming to this type of commercial? Or, maybe, do we production and post production lot shy away from humans’ animalistic instincts to avoid shoots that resemble a porn movie, editing sessions that make you feel for the assistant who hasn’t seen daylight in three weeks, recording sessions where no one can look at each other in the eye, or client presentations where the feedback has the potential to make you realise that it was all in vain? Even if all is good up until then, you also have the challenge of avoiding the dark depths of the censorship abyss, so maybe none of that is worth it.

If you think about it, a recording studio does tend to be a very sexy place. Sound studios are often noise proof, warm, have a lot of soft furnishings, hold plenty of alcohol and tend to deal with very outgoing creative people who work long hours.

All of these moments involved content not meant for UK TV advertising audiences, but clearly there are markets where these ideas and sounds work and prove successful.

So to answer my earlier question; ‘what sounds sexy?’…. Not a lot if you’re watching TV at home.

Tom Pugh is a Sound Designer at GCRS