Can Social Influence Be Empowering?

The Influencers 199 Add to collection 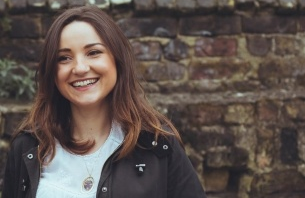 With a good few years of influencer led marketing now under our belts, the landscape has clearly changed. For starters, there are so many more people with a good social following than there used to be, and so in theory standing out from the crowd requires more hard graft than before.

The basics of building a following can be applied to pretty much anything. Be active in your social community, have a specialism, and post regularly. Do these things for long enough, and you’re really guaranteed to start seeing those follower numbers rise.

It’s of course a lot more difficult to build yourself an audience of people who respect you and who would stand up for you in a troll fight. Having the loudest voice doesn’t necessarily mean that you’re the most respected. So how useful can your own personal soapbox really ever be? And is having a large following worth it simply for the sake of having more people to listen to you?

Last month YouTuber Marina Joyce found herself unwittingly in the centre of an international kidnap conspiracy. The rumours began when some viewers thought they heard a distorted voice saying ‘Help Me’ in a new upload, and others pointed out bruises on her arms and bars on her window. There has rarely been a situation where the term ‘spiralled out of control’ has been more appropriate. While the internet was going wild dissecting what every tweet and post could have possibly really meant, Marina Joyce was pretty much just at home hanging out with her mum.

It’s a scary thought that her subscribers think that a video sharing suggestions about outfits you should wear on a date was actually a code message from ISIS. Immediately afterwards she actually appeared remarkably upbeat when speaking to the press, commenting on her subscribers almost tripling – and saying ‘If anything, it makes me more motivated’.

Her account since has been the victim to some pretty severe trolling. A really awful consequence to something very much out of control. Unfortunately, the larger the follower number, the trickier it is predicting their behaviour.

Large followings of course have their benefits. Product, trips, and cash are of course the norm – but the chance to speak about passion projects and social change is something that’s less well documented.

In truth, a large following is no more effective than a smaller one if only a small percentage are following because they really want to engage. There are plenty of ‘get rich quick’ tricks to build yourself a speedy audience, but if you’re looking for an audience who’ll truly listen – you’d be wise to steer well clear.

Donna Amey is the Social Influence Director at FinchFactor 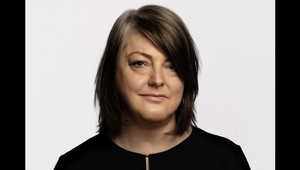 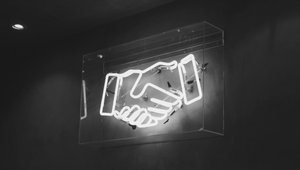