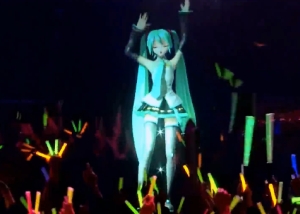 It’s increasingly hard for consumers to know exactly where reality ends and virtual reality begins. Hollywood has long been able to stretch the boundaries of our imaginations to show us what might be real, if only our eyes can be deceived. It’s now becoming possible to use technology to play with our understanding as to what constitutes a truly authentic experience. As we look to build brands that stand for something and create meaningful interactions, can we put a price on real?

It’s common to play the nostalgia card. Don Draper has made this a signature move; and everyone from Jockey underwear to Ore-Ida’s Tater Tot brands are trying to bring back the real of a bygone era. Physicists at Illinois’ National Accelerator Laboratory are even running an experiment to test whether our reality isn’t just some 2D hologram. I guess we aren’t sure anymore.

Real or not, most of the next generation of consumers might not want to buy anything anyway. Instead, what they crave are “sensory experiences” above all else. According to JWT Intelligence, over 70 percent of respondents said that “they increasingly crave experiences that stimulate their senses, and more than half feel increasingly disconnected from the physical world.” What they want now are physical experiences over material items and will pay top dollar to get them.

Marilyn Monroe, who died in 1962, is currently selling hair care products for Sexy Hair, launching a new strawberry vodka for Three Olives, launching a line of shoes, and a Macy’s collection. She has 13.4 million fans on Facebook, and over 200,000 Twitter followers. For a celebrity gone for over 50 years, she has more of a following than Academy Award winning actresses Charlize Theron, Gwyneth Paltrow and Jennifer Lawrence, combined. Sure, Emma Watson, Megan Fox, and Selena Gomez outpace the 87 year old in terms of fans on Facebook, but how long until a fully rendered, computer generated Marilyn Monroe returns to the big screen with new content and catches up? Authentic Brand Group, who controls her brand, hints that the time is probably sooner rather than later, given that some of her contemporaries like Audrey Hepburn have been popping up in television commercials.

Making digital characters come back to life in print, television and film is easy. The real Holy Grail and money is in live performances. Ever since Tupac played 2012’s Coachella, music has been trying to figure out how to make holograms really work. For musical acts like The Rolling Stones, which still command large dollars for performances, but increasingly are about as exciting to watch as your grandparents singing karaoke, holograms could transform their tours into must attend events.

Michael Jackson took this to a whole new level when he made his posthumous concert and TV debut as a digital 3D character created by Pulse Evolution with a new song at the Billboard Music Awards last May. This capped off a hot 2013 where he earned $160 million, making him the highest earning celebrity dead or alive. Hot on the King of Pop’s digital heels, is news of Elvis doing four night shows in Vegas and Macao, and talk of Frank Sinatra and Bob Marley making their returns to the big stage. Welcome to the world of digital resurrection – a place of infinite brand servitude.

Taken a step further, in Japan, the Vocaloid movement, more or less uses a fancy voice synthesizer made by Yamaha to create purely virtual characters like Hatsune Miku. She has performed live since 2009, has nearly 2.5 million fans on Facebook, opened for Lady Gaga’s World Tour, has teamed up with Louis Vuitton and Marc Jacobs, reportedly has over 100,000 unique songs in her library, and has even appeared in Japanese Playboy. She is also 100% fake. Everyone knows she is a fake, it’s just not clear if that matters. Imagine a pop star that doesn’t do drugs, get DUIs, has none of the gossip or headaches, and never ages. Gisele Bündchen earned $47 million last year, could she digitally model in print and at runway shows without having to resort to some real plastic surgery for basically all eternity?

Can these live digital experiences be authentic and truly entertaining? Will people pay $50, $100, or $200 or more to see a completely computer generated performance? Will the digital abilities of brands to utilize long deceased singers, performers, and talent undermine their ability to capture audiences in an authentic way? Or do we even care?

Jackson Murphy is Creative Director & Penny Norman is Planning Director at Pound & Grain. Check out the original article and the rest of the SoDA report here: http://www.sodareport.com/