Awards and Events 461 Add to collection 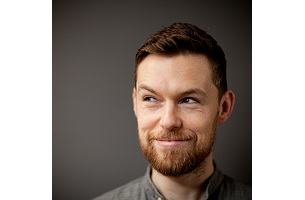 When I was at art school we were taught ‘the pub test’.

If someone in the real world had seen your ad, whether it was a poster or on the telly, was it something you could tell their mate in the pub about? And would their mate be interested?

If the answer was no to either of those, you needed to keep thinking.

In advertising, we're experiencing a rate of change like never before. There are formats, considerations and entire departments most of us had never heard of even five years ago.

Looking at this year's Grands Prix, the time-honoured pub test seems not to have aged badly. In fact, it seems to be more important than ever.

Burger King publicly challenges McDonald's to create the McWhopper in the name of world peace.

ING Bank taught a computer to paint like Rembrandt, predict what his next picture would have been, and then paint it.

Drink more of DB Export’s beer to produce more biofuel from the leftover yeast and thereby save the planet.

In this brave new connected world, it can be easy to focus on the technicalities of the formats and the different ways to optimise, when really the fundamentals are more important than ever.

We need to make things that people want talk about.

If it's funny or insightful or clever or useful, or all of the above, people will pass it on.

The connected world makes it more likely people will pass things on. We all know it anecdotally. We're all on the look out for things to say, post or share before all our friends do.

So instead of brands and agencies putting these ideas in traditional ad format, they’re actually doing them. Which only makes people even more likely to talk about them.

Which in turn makes it more likely to be shared even further, cross borders and get into culture.

So the action becomes the campaign.

Whether it's being able to ring a random Swede for tourist information about Sweden, or equipment store REI closing its shops on the busiest day of the year to get people to explore the outdoors.

The challenge in agencies is the same as it ever was; find the thing that your brand can say or do which will strike a chord with people.

When we get it right, the possibilities for it to be passed on frictionless make the potential success even greater, like this year's brilliant winners.

But we first and foremost need to find the thing people care about.

So when you're looking at work, what would you tell your mate in the pub about it, and would they find it interesting?

Or if you really need to dress it up for 2016, what's the idea in a tweet and would you tweet about it?