Can a Film Made by Machines Move You? 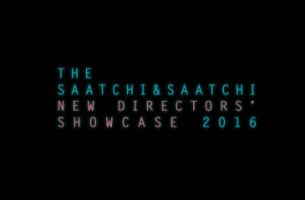 Every year Saatchi & Saatchi showcases the best new directing talent from around the world providing a platform for short films, commercials, animations and promos at The New Directors’ Showcase (NDS). Held on a global stage at Cannes Lions International Festival of Creativity, this year, Saatchi & Saatchi wanted to challenge the creative community by asking themselves and the world - ‘Can a film made by machines move you?’

Working together with Team One, Saatchi & Saatchi’s Los Angeles luxury and premium brand agency and Zoic Labs, Saatchi & Saatchi assembled a cast of artificial intelligence, algorithms and machines the same way a studio would assemble a traditional film crew. Several technologies were used in a never-before-seen combination to create the film from start to finish, including IBM Watson, Microsoft’s Ms_Rinna, Affectiva’s facial recognition software, EEG data and a custom neural art program.

The film conceived, shot and edited by a plethora of machines debuts on the anniversary of Turing’s birth on 23 June.

Ruairi Glynn, Director, Interactive Architecture Lab at the Bartlett School of Architecture, UCL, is a practising artist and academic specialising in the field of AI and Robotics. He commented: “Alan Turing was the first person to ask the question ‘Can machines think?’, which then leads immediately to the question can machines be creative? We've begun to see machines making new and surprising things which are aesthetically compelling.  The remaining big question of Artificial Creativity is whether the machine can understand the significance of the thing it has created? It’s interesting to explore the potential to build machines that simulate human intelligence but the really exciting future is developing new forms of creative intelligence quite unlike our own."

Andy Gulliman, NDS Curator and Producer said "When VR seems to be the must-have toy of the moment, we wanted to look beyond and as a result became obsessed by the apparent capabilities of AI. Intrigued to know if AI could really support our creative needs and deliver to our creative standards, we needed to know the true capabilities of the machines so commissioned the experiment. Once we gave the go-ahead to the machine I quickly learnt that I had to relinquish my Producer control to accommodate the production process dictated by the machines.”

Chris Graves, Chief Creative Officer at Team One, asked: “What defines a director? Twenty-five years ago, at the start of the New Directors’ Showcase, directors were a particular kind of person with a particular set of skills. But technology has been evolving that definition ever since. Now, new directors debut every day on online platforms like YouTube, Vine and Snapchat. We simply asked ourselves what a director might look like 25 years from now. Would it even be human?”

During its 25-year history, the NDS has proved to be a hotbed of talent and many well-known directors today were featured early on in their care. The Showcase is renowned for pushing boundaries creatively and artistically, and gained a reputation for introducing new and emerging technologies to the stage. In 2015 Saatchi & Saatchi marked 25 years of the NDS with 25x25, a film created by NDS alumni including Jonathan Glazer, Spike Jonze, Jake Scott and Michel Gondry.

Kate Stanners, Worldwide Creative Director, Saatchi & Saatchi, said: "How to build on 25 years of the Saatchi & Saatchi New Directors' Showcase and an archive of incredible directing talent, whilst producing a screening at the Palais des Festival in Cannes which lives up to our reputation as an agency on the frontier of technological and creative innovation?  That's the challenge that we faced this year, and we are rising to it by working with Team One in Los Angeles to explore how Artificial Intelligence and machines can be used to enhance human creativity, a subject that is on the creative radar right now."