Founder and Group Chairperson Yoly V. Ong hands over the reins of the company 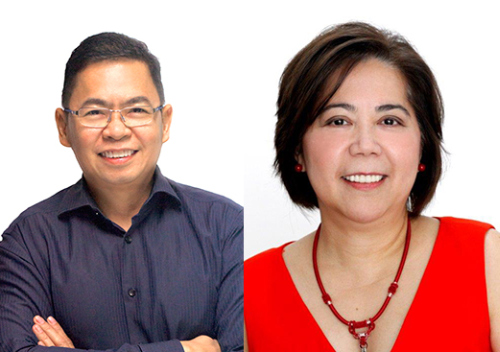 Founder and Group Chairperson Yoly V. Ong has handed over the reins of the Philippines’ operations, Campaigns & Grey, to Boboy Consunji and Cherry Gutierrez starting July 2014. Ong, who set up Campaigns, Inc. in 1986 and had since led it to become one of the top communications organisations in the Philippines, stated, “The time has come for me to pursue fresh challenges and satisfy my curiosity about what else is out there.”

Consunji and Gutierrez will take over as Joint CEOs, with equal authority and responsibilities. Both will oversee the operations for Campaigns & Grey’s extensive portfolio which include mainstream advertising, digital, public relations, activation, shopper marketing, design, government work, advocacy, and operations in Visayas and Mindanao.

Consunji cut short his law studies to join Campaigns, in its early years, as an account manager. He spent more than a decade managing projects and launches for Grey’s global and prestigious local clients including Procter & Gamble, GlaxoSmithKline, Sun Cellular, Universal Robina Corp., Emperador Distillers, Lamoiyan and Rockwell Land. In 2005, he set up Neuron, Campaigns’ second agency, and steered it to become one of the group’s most profitable business units. In 2013, he was promoted to Campaigns & Grey’s COO.

Gutierrez’s career in advertising was fated from the day she won a college scholarship from the Philippine Board of Advertising. She was immediately offered a job to join a top local agency upon graduation. In 1992, Gutierrez joined Campaigns as Management Supervisor where she steered successful launches of Procter & Gamble’s Joy and Downy, and San Miguel’s beer business. She was also the longtime leader of Del Monte Philippines’ canned juice and fruits, and sauces business. In 2013, she was promoted to Managing Director. Thirty years since that scholarship, Gutierrez remains as an accomplished steward of key clients such as Procter & Gamble, GlaxoSmithKline, Wyeth and Boehringer Ingelheim.

Ong added, in her farewell note to clients, “Both have been with us for many years. They have been groomed to help grow your business even more, and lead Campaigns & Grey to greater heights.”

Nirvik Singh, Chairman & CEO of Grey Group Asia Pacific, on Ong’s departure said, “It’s sad to see her leave the building and I am sure everyone feels the same way. Our partnership has been a long and successful one and I would like to express my gratitude to her for all her valuable contributions, not just in the Philippines market but to the network as well. I wish Yoly all the very best in her future endeavours. In Boboy and Cherry, we have two very strong leaders whom I know will be taking Campaigns & Grey onto the next level in this fast developing market”.