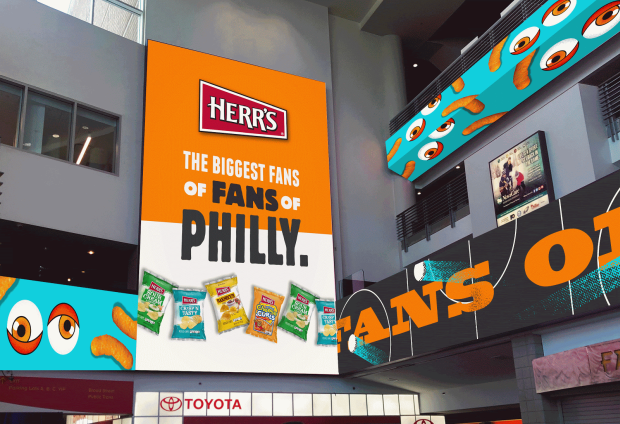 A new campaign created by quench food and beverage agency for Pennsylvania-based Herr Foods Inc., makers of Herr’s brand of potato chips and other snack foods, reminds snack lovers to 'Keep It Philly, Philly' when choosing which snacks to enjoy.

The multi-channel campaign is designed to communicate the family-owned company’s deep roots in the Philadelphia DMA, and to show its appreciation and support for - and from - the City of Brotherly Love. Through broadcast TV, OTT, OOH, radio, digital, activations, paid social media, promotional packaging and Philadelphia professional sports teams sponsorships, the campaign will build upon Herr’s stature as an iconic Philly food brand alongside TastyKake, Peanut Chews and others.

“We want to make consumers more aware that Herr’s has been their hometown snack for nearly 75 years,” said Bob Clark, VP marketing for Herr’s. “When they are selecting snacks, we want them to feel that Herr's is their best choice for ‘Keeping it Philly.’”

Bill Starkey, executive creative director for quench, said: “Ultimately, our goal is to put Herr's everywhere in Philly, and into the conversation every time a Philadelphian reaches for a snack. If one of them reaches for a bag that’s not a Herr’s product, we want others to call them out and urge them to get Herr’s instead - because this is Philly, and that's what we do here.”

The new 'Keep It Philly, Philly' campaign combines brightly-coloured backgrounds and bold graphics with Philadelphia-style wit, and references to “subjects relatable to all Philadelphians, such as summer shore traffic and the plight of our professional sports teams,” according to Starkey. 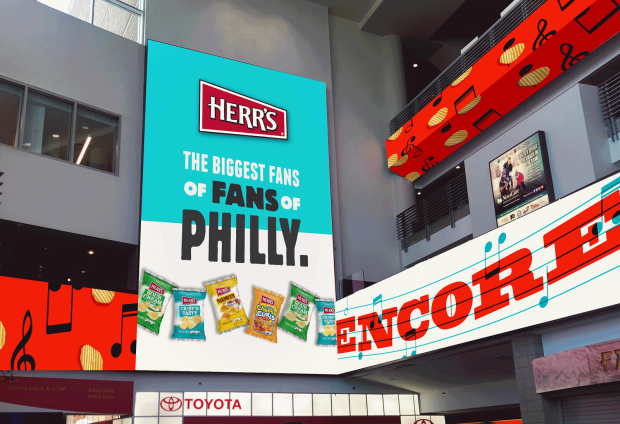 One part of the campaign matches the iconic Herr’s brand and products with iconic Philly morning radio hosts; starting from November 4th, the company is sponsoring the top-rated, long-running 'Preston & Steve' show on WMMR-FM for a year, with a comprehensive program that includes live reads, consumer overlay integrations, event activations and some surprise features to be announced.

The 'Keep It Philly, Philly' campaign will roll out over the next few months through August 2020. Separately, a series of new football-focused :05 TV spots will appear starting November 7th during 'Thursday Night Football' on FOX 29 (Philadelphia DMA). 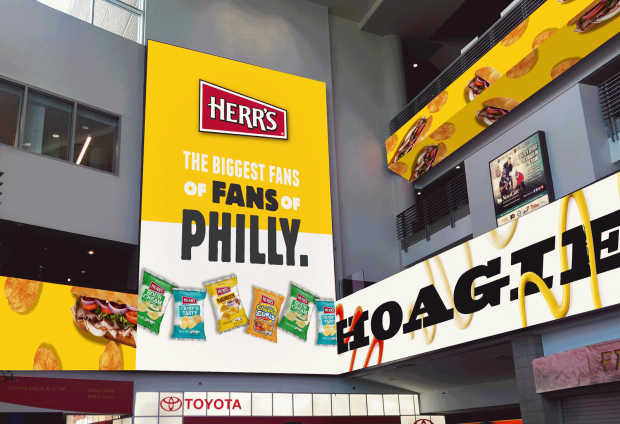 PRODUCER TO BE CREDITED IN CREATIVITY: Matt Campbell, quench