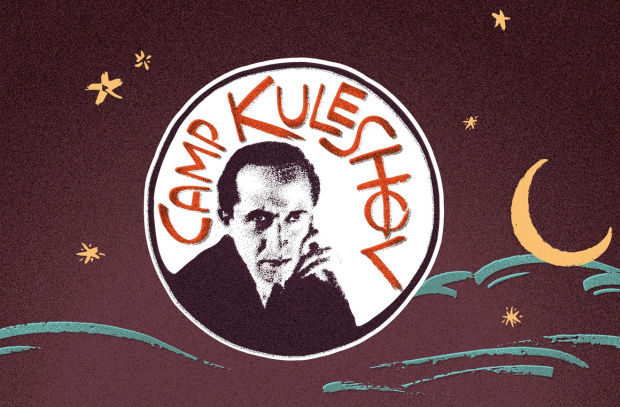 Camp Kuleshov, AICP’s annual trailer competition for assistants, has issued its 2019 call for entries. Named for the Russian film theorist Lev Kuleshov, Camp Kuleshov is open to assistants, junior creatives, admin and entry-level employees at AICP member post production and production companies as well as freelancer assistants and support staff sponsored by member companies. Students and interns who are sponsored by a member company may also enter Camp K. The competition is also open to assistants and junior-level employees at music companies that are members of the Association of Music Producers (AMP).

Camp Kuleshov features categories for Editing, Graphic Design and Sound Design. Entrants are given a list of films and genres to draw from and are presented with briefs tailored to each discipline. To view the film and genre lists, and for details on how to enter, visit the Camp Kuleshov website. Deadline for submitting entries is Labor Day, Monday September 2, 2019.

For Editorial, entrants must choose a film and re-imagine it, via a 90-second trailer, as something from a different genre or directed by a filmmaker with a distinctive visual or narrative style – i.e. a political thriller is transformed into a comedy. They can also choose more than one film from the source list and, via mashup, create a trailer for a completely new film of a different genre.

The Editorial source films are an eclectic collection, designed to heighten the challenge and expose the assistants to a wide range of films and filmmakers while ensuring there are selections for a variety of tastes. It ranges from the 1933 Marx Brothers romp 'Duck Soup' to the 1968 zombie classic 'Night of the Living Dead' in the ‘Directed by George Romero’ genre, to the mid-80s gem 'Desperately Seeking Susan.'

In the Graphic Design category, entrants are required to create an original opening title sequence for a film that does not have an opening sequence, and that conveys their impression or interpretation of the film. Source films this year range from the 1902 silent ground-breaker 'A Trip to the Moon' to Francis Coppola’s iconic 'The Godfather' to the Coen Brothers’ 'No Country for Old Men.'

In the Sound Design category, the task is to create a new sound design for a 90-second excerpt from one of the source films that changes the film’s context and/or intent and does not mimic the original film. The interpretation of the scene through sound design must be noticeably different from the original and be original in and of itself. Source films include the German-language WWII submarine thriller 'Das Boot;' the 1982 film that introduced the Rambo character, 'First Blood;' and the Angelina Jolie action film 'Salt.'

Any questions entrants may have regarding rules, eligibility or anything else can be directed to campk@aicp.com, and a ‘Camp Counselor’ will reply promptly. Assistants are also urged to follow the Camp Kuleshov Facebook page here for more on the competition.

Entries will be grouped together by city. These city-based competitions will fall under the supervision of their respective AICP Chapters. Any entries coming from cities that have less than five in total will be folded into the nearest qualifying city to compete.

Camp Kuleshov has also introduced a new pricing structure this year. Single entries are now priced at $65, but discounts are available for companies or individuals submitting three or more entries, in which case the per entry fee drops to $55. For companies or individuals submitting five or more entries, the price per entry is $45.

The 2019 Camp Kuleshov winners will be announced this fall during a week-long series of awards presentations in participating cities. First place winners receive a trophy and move on to 'The Lev' competition, which is the grand prize, presented at the AICP Post Awards in May 2020 in New York.