Created by Zulu Alpha Kilo, the platform aims to raise awareness of the devastating impact of mental illness 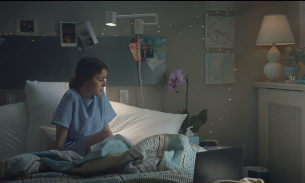 The Centre for Addiction and Mental Health (CAMH) has launched a powerful new campaign to rally Canadians around its new brand platform and tagline Mental Health is Health.
The new brand creative developed by agency Zulu Alpha Kilo, highlights not only the devastating impact of mental illness, but the disparity in the way that people with mental illness are treated compared to those with a physical illness. “We must not stand silent when the human, the civil and the health care rights of people with mental illness are not recognized and respected,” said CAMH President and CEO Dr. Catherine Zahn.
Coinciding with Mental Health Week, the new campaign launches through a number of outlets.
Video elements include a 30-second TV ad directed by Caitlin Cronenberg from Untitled Films. The commercial shows a woman in a hospital bed speaking about her illness, gradually it’s revealed that she’s not in the hospital receiving treatment but rather at home alone dealing with her mental illness.
Zulu Alpha Kilo’s internal content studio, Zulubot, also produced a branded content series that tells the stories of three Canadians who each have experienced the gaps between the way we view physical illness and mental illness. Rabi Qureshi, who finds less support for her mental illness than her previous bouts with cancer. Lisa Boltman, who receives treatment faor the physical symptoms of her eating disorder while struggling to find treatment for its mental illness origins. And retired NHL goaltender, Corey Hirsch, who struggled in silence during the heights of his NHL career.
In out of home and on social, the campaign asks a series of thought-provoking questions like “Why do physicals cover our bodies but ignore our heads?” while encouraging Canadians to rally online around the hashtag #MentalHealthIsHealth. Other campaign elements include six- and 15-second online video, and social content.
“The campaign highlights powerful stories and asks some powerful questions. CAMH is Canada’s leader in mental health research and care so we’re proud to work with them, and get people talking about mental illness as much as they talk about physical illness,” said Zulu’s Founder & Chief Creative Officer/CEO Zak Mroueh.
To support the new brand platform and mission, Zulu was also responsible for leading the complete overhaul of CAMH.ca, including strategy, user experience, user interface design and high-level content strategy and creation. The new site merges multiple properties under a single domain, creating a new national front door for CAMH and making it easier for the public to find hospital programs and services, access mental health resources, and understand the full breadth of the issues and what they can do to get involved. Website programming was handled by MNP. Media was handled by UM and the campaign runs until August 31st.
view more - Creative 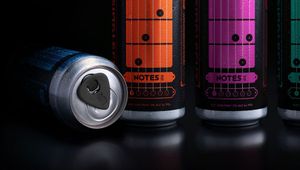 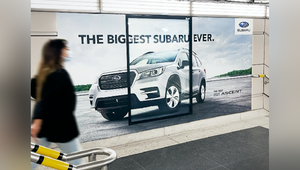 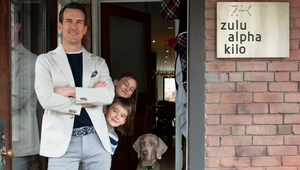