The campaign promotes Under Armour 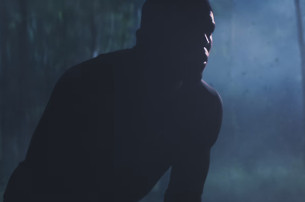 Today, Under Armour (NYSE:UA, UA.C) unveils the newest film from its global marketing campaign, “It Comes From Below™,” featuring reigning MVP Cam Newton. The campaign first launched in July with a spot featuring MVP Bryce Harper and followed with a second chapter in August with UA Running. All three phases of the campaign highlight footwork as a critical component and skill in every athlete’s arsenal, regardless of sport, and underscores the brand’s commitment to creating footwear that maximizes this performance tool.

In the newest campaign film, “Prince with 1,000 Enemies,” Under Armour captures the indomitable spirit of Newton, who faces down seemingly insurmountable odds and obstacles head on, letting nothing stand in his way on his continued path to greatness. Narrated by Newton's mother, Jackie Newton, the film brings this vision to life with a passage inspired by Richard Adams’ classic children’s book, Watership Down, which tells the story of a brave rabbit who must use all the skills he possesses to lead his herd. The film likens Newton to this protagonist, “Prince with 1,000 Enemies,” as he uses his speed, agility and strength to dodge falling trees and sprint through a foreboding forest. While he uses his hands and shoulders to stay upright, the camera is focused on the explosive power he draws from his footwork that enables him literally and figuratively to push beyond obstacles standing in his way.

Newton was intimately involved in the creative process of the spot, helping to build the atmosphere that symbolizes his personal and athletic journey. The role of Jackie Newton as the narrative voiceover adds another deep and personal layer to the film, epitomizing her role in Newton’s life, and how she continues to be a guiding voice of encouragement and support.

“I was deeply moved when Under Armour and Cam asked me to be a part of his new campaign film,” said Jackie Newton. “From an early age, Cam has always shown great potential as an athlete, as a leader, and in so many other areas of his life. I am so proud of all that he has overcome and what he has achieved. It was an incredibly humbling experience to tell his story and be part of this beautiful film.”

“Cam is a transformative athlete with a powerful story fueled by hard work, perseverance, dedication and will. By shining a light on Cam’s story, his mental toughness and his impact on the game of football and beyond, we hope to inspire and empower the next generation of athletes to elevate their game on and off the field,” said Adrienne Lofton, Senior Vice President, Global Brand Marketing, Under Armour. “Cam’s athletic journey to excellence starts from below with unrivaled footwork, and Under Armour is committed to supporting all athletes in their quest for greatness by creating the most innovative, game-changing footwear that gives them the edge when they need it most.”

“It’s no secret that I have faced many obstacles, but my drive to be the best I can be continues to push me forward,” said Newton. “The campaign film tells my story and shows that I will continue to work hard to break down barriers. The tagline is perfect because I’ve always felt that my game is only as good as the foundation it was built on. Everything I do on the field is anchored in solid footwork, with the best footwear, which powers my ability to perform at the highest level.”

From the original performance-driven sweat-wicking t-shirt to the introduction of UA HealthBox™, the brand’s goal has remained the same – to make all athletes better. Focusing on an important part of Under Armour’s growth story, the “It Comes From Below” campaign is centered on footwork and highlights the brand’s commitment to creating world-class footwear. “Prince with 1,000 Enemies” features Newton’s signature football cleat, the C1N cleat, which is currently available for purchase online at UA.com, DicksSportingGoods.com, and Eastbay.com. To shop the C1N and the full footwear collection, visit UA.com or download UA Shop on iTunes.

In time for the first game of the 2016 football season, the campaign, created in partnership with Droga5, debuts with a television and digital spot featuring Newton. The campaign story will continue with a number of content extensions on social media. To follow the “It Comes From Below” story and to learn more about the campaign visit youtube.com/underarmour and @UnderArmour on Twitter and Instagram and use #ItComesFromBelow. Download UA RECORD™ and join our fitness community available on iTunes and Google Play.